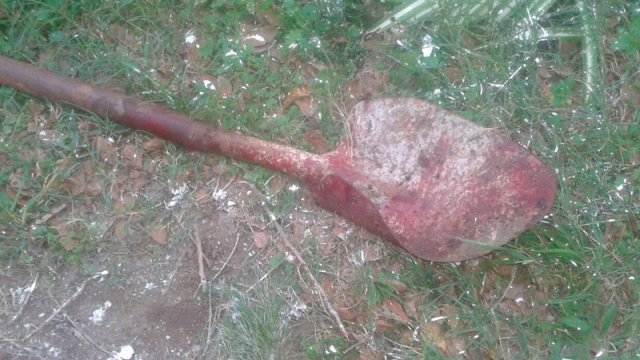 Chukwuemeka Obijiofor has allegedly killed his wife and only child in Ozubulu, Ekwusigo Local Government Area of Anambra State after he clubbed the victims to death with a shovel.

The sad event was confirmed by the state Police Public Relations Officer, Haruna Mohammed, who said the incident happened on Tuesday.

“Suspect allegedly ran amok in circumstances yet to be ascertained and attacked his wife, one Chisom Chukwuemeka, aged 26 years, and own child, Amanda Chukwuemeka, aged 4 years, both of same address, with a shovel on their heads.

“Suspect equally used the same object and wounded a vigilante man who tried to rescue the victims.

“Police detectives visited the scene and rushed the victims to Joint Hospital, Ozubulu, for medical attention where the two victims were certified dead by a medical doctor on arrival.

“The wounded vigilante is responding to treatment, while the corpses of the victims were deposited at the hospital’s morgue for autopsy.”

Confusion as man proposes to girlfriend at her father’s funeral

Lawan : NASS expecting another budget from Buhari to tackle insecurity