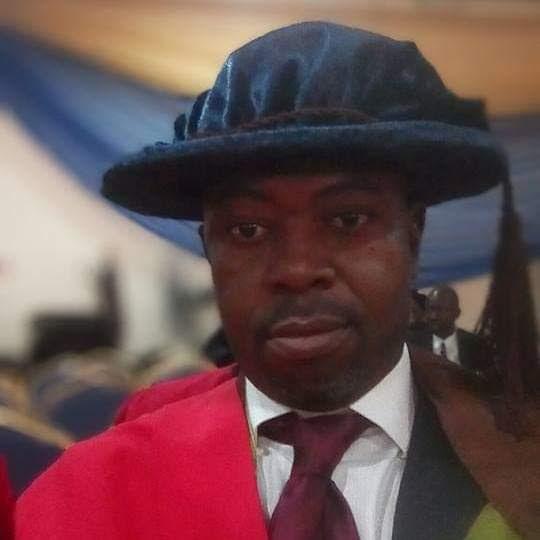 It’s my 20th year in the academia as a lecturer.

And ensuing is some season of mentorship-inclined dividends:  In the first week of the exact month of my anniversary, one of my former students, a whizkid sort of, sneaked a call to me: “Long time sir. Hope family and work are fine?”

My guy later updated me on a global digital marketing and digital publishing company he has been busy building from the US.

“Alhamdulilah sir, we now want to strengthen our base in Nigeria, like we did in Philipines. And we’d be glad to have you as our Consultant Country Director really.  Just that we don’t know how much you’d want to bill us”.

Overexcited, yet taciturn, I started thanking Allah for His favours on the young man. Next, were flashes of expectations from a super-positive signal from God’s own country, as you can guess.

This my former student had smartly sold the lofty credentials of yours sincerely, to his fellow directors, as one of the pioneer teachers of Online Journalism in Sub-Saharan Africa, he later told me.

At our maiden online meeting, he added: “Dr Akanni is also one the few journalism professors who still do regular media writing. Just do a Google search”

The following week Abiodun Alade, who, by any known parameter, has also done fairly well and still holding a lot of promise, reinforced the pleasant commemoration kickstarted from the US. Until  recently, when Alade was redeployed to Lagos as a regional editor by his employers, Media Trust, Alade had held the ace as the online editor of Daily Trust. Prior to that, the gangling, newly married young man had been Assistant online editor of Vanguard newspaper. These commanding operational positions Alade had held, have delighted me most immeasurably.

Now that Alade is based in Lagos, he couldn’t fathom not paying me a visit of appreciation. And it also happened in the second week of the month of my 20th year at LASU. Alade’s visit wasn’t done with empty hand. He brought me a teetotaler’s wine to relish. That did the magical opening of the  door for yet another flood of seamless congratulatory gestures.

Apart from those from fellow Linkedin ‘citizens,’ I have been particularly excited by the kind words of those I may call accidental mentees. One set of such mentees accrued to me as a consultant to a media reporting project of the African Resilience Network, ARN, of the US  based Institute of War and Peace Reporting.  My pan-Nigerian mentees on this project, six in all, comprised four males and two females and were all fantastic.

The mentorship duration was one exciting stretch of fun time.  It afforded me the opportunity to share some bits of knowledge in a most informal way. I reckoned with these mentees as friends and colleagues

One of them had volunteered to work on how conflict had undermined people’s compliance with COVID-19 protocols. His site of focus was the recently bloody Ibarapa axis of Oyo State.  The sponsors had anticipated a conflict-sensitive report. He was ready to do this and looked anxiously up to me for further guidance. I asked my mentee if he had read any of my recent opinion articles.  No. Pronto, I reached for my article titled “Ibarapa Crisis in the Face of Media Abundance.” “Ah, oga, I love this!,” he later returned to massage my ego.  That article was my own expert advisory to  all stakeholders especially the  authorities in Ibadan on what they should do once there’s a troublous situation such as Igangan in Ibarapa area of Oyo State presented.

More importantly in this context, it availed this particular mentee of mine a veritable model.  But conflict sensitivity was not all that they could learn from me. I went further to share with them assorted wits and secrets of free flowing prose learnt over the years.  One of these is the ingenious literary discipline, though difficult, of avoiding colons in headlines or titles. “Really?” one of them queried with disbelief. After offering a convincing explanation, I then offered the examples of my last ten  newspaper articles which could be easily accessed online.   To register an enduring impact on my mentees on the ARN project, I tracked all changes on the copies I edited to enable them appreciate the dissimilarities between their submissions and what I returned to them.

I had a similar mentoring experience at the instance of the Environmental Rights Action, ERA, a few years back.  The bond between me and my ERA-supported mentees remains very strong and cordial. I have even had to recommend some of them for higher opportunities including postgraduate fellowships in Europe , United States and other parts of the world.

An enduring learner-instructor  relationship isn’t automatic.  The instructor or coach must have been convincing enough and always willing to politely respond to queries and to also tolerate comments, no matter how critical or harshly expressed.  Relationships can always smoothen up with better appreciation from the two sides. There had been several cases of teachers grossly misunderstood by students initially, only to become their favorites in due course with increased maturity and perhaps better contextualization by either of the parties.

The opportunity to be a mentor isn’t open to only teachers. Experienced professionals across sectors can attain the enviable status. Decades of professional practices endear bosses to their self-motivated subordinates, such that bosses become subjects of study leading to replication of details of their traits including mimicry as may possibly manifest in speaking manners and other visible conduct.

For me, virtually all the schools I have attended around the world have availed me with male and female mentors.  I haven’t found all my contemporaries at my previous and current workplaces any less resourceful. Across my journalism,  and teaching careers for instance, distinguished playwright, public intellectual and former president of the National Academy of Letters, NAL, Olu Obafemi, who recently retired as a professor at the University of Ilorin, has registered the boldest imprint on me.

The thought had agitated my mind as a potential undergraduate. Apart from regularly contributing to The Guardian Literary Series of those days, ran by the peerless arts editor, Ben Tomoloju, Obafemi later made me have a better appreciation of the aphorism, “not how far but how well.” He never believed in running a class for two full hours yet he never  shortchanged us. Such was the love I had for my beloved supervisor (nicknamed by ‘rascals’ he taught after us as Antigone) that I could not imagine not being assigned to him for my long essay supervision. The guidance he availed me remains permanently fresh. “Young man, not being a woman, you are even free to see me at home” he offered.

My career in journalism, bedrock of my performance as a development worker and  an academic, has benefitted indescribably from the duo of  veterans Najeem Jimoh and Liad Tella. Jimoh availed me the opportunity to cut my teeth in the practice but my career at The Punch was rather short. Even at that, my attachment to a most  inspiring, ubiquitous “Strato” (short form of strategist) has however been lifelong.

Former students leader and one of the best editors The Punch ever had, Najeem Jimoh,  is an extremely transparent human being you will love to relate with, on all matters. Tella, on the other hand, continues to be a beacon of professional guide and support along my career paths. Tella continues to endear himself to me as a most urbane (unlike ara Ibadan, apologies to Mummy Tella), supportive daddy with the never-ending mother-hen disposition to all his boys.

Twice he got appointed to serve Hajj administering bodies, twice Tella integrated me as a volunteer for the most invaluable journeys in the life of any muslim.

The Asiwaju Adinni of Iwoland, now the Chair of the Governing Council of the Federal College of Education, Iwo, now in his 70s, is relentlessly inclined to attracting self-motivated youngsters to career cultivation and development.

Mentoring deserves to be acknowledged for the special knowledge and skill values it generates across sectors and generations.

I have also found it as a basis for the most seminal knowledge exchange! Hear this:  The late MKO Abiola, accomplished media entrepreneur and politician had stated in one of his major interviews that he would rather see himself as the foremost giver in Africa, not the richest. With his giving, he sowed seeds which have yielded dividends far beyond what any prophet could have foreseen.

This ARN project is a classical example. Myself as well no fewer than four other  mentors on the project- Dr Obi Chukwumba, Dr Arthur Martins Aginam and the promoter and founder of the International Center for Investigative Reporting, ICIR, Dayo Aiyetan-all happen to be alumni of the Concord Press titles published by the one-time foremost giver in Africa.  Who can argue that mentoring,  isn’t a strand of charity.

May Allah increase His favours on MKO Abiola’s soul and others who subscribe to giving in all forms.

Tunde Akanni, PhD, is an Associate Professor of Journalism based at the LASU School of Communication. Follow him on Twitter @AkintundeAkanni

Editor, have you been sexually harassed by a female journalist?

Lukman Ibrahim: An achiever at 41

We don’t need war in Nigeria — Ooni of Ife