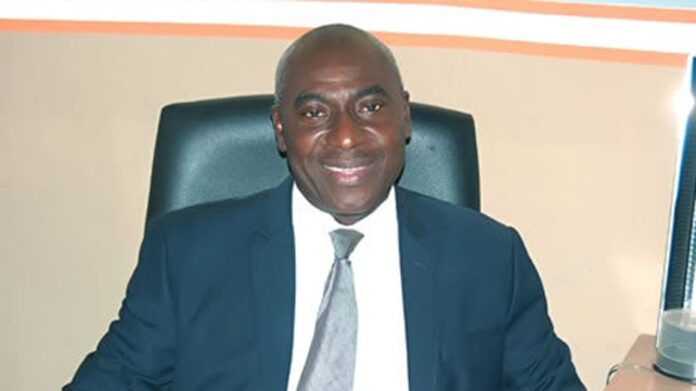 Gals-and our younger Lanruze used to have a large army of them- may also insist he’s theirs. Perhaps, he belonged to them more… Lanre, who now wears a clean skull, used to flaunt a fairly curly hair on the head. And he really could be meticulous taming it. I used to wonder, during our National Concord days, how the tough former NANS guy could spare enough time to tend the head.

But candidly, Lanruze, the one who shares same birthday anniversary with Wole ‘Kongi’ Soyinka, is masculine in every sense, reiterating the strength of the spirit of the day he shares with the Nobel laureate. Thrice, yes, three distinct times, Lanre led me through perilous but fulfilling paths. What do boys do, other than court challenges?

Blanket greetings of gentlemen of the press for the males and females in journalism seemed to have foreseen the entry of the likes of Lanre. Lanre not only courted, but dragged us, friends and colleagues, into what has turned to be an endless struggle. Since 1984, Buhari, then head of a military government, had stoked some fiery instinct in us… Today Lanre and several friends remain eternally charged with much of the sustenance and support from the likes of my darling King of Boys.

In 1984, the brutal and parochial military government of Buhari/Idiagbon could not think out of the box but fell for a policy that would victimize perhaps the most helpless among the weaklings in the society, the students. That government, at the end of the nationally fairly stable academic year, ordered the very final stoppage of subsidy to the cafeterias of the universities in Nigeria. It ushered in a most challenging era for students who, until that time, had only insufficient on-campus accommodation to battle with.

NANS leadership, therefore, had to activate its consultation machinery afterwards before arriving at what action could be taken to liberate the sinking ship of the students. The authorities of my University of Ilorin would have none of it.

Sola (Mike) Olorunyomi, now a professor, held sway as the president of the union was all for the NANS big meeting. Newspapers and other media kept on running NANS insistence on fight-back as being advocated by the Lanre Arogundade leadership. The intolerant government soon got Lanre arrested and detained for months. Sola Mike, for defying the authorities to host NANS meeting, got expelled. Other Unilorin students’ leaders handed suspension in various measures were Sec Gen Mathew Keyi, ASG Femi ‘Straightaway’ Ibrahim and PRO Joseph Abereoran.

All universities were shut down indefinitely leaving the country somewhat hopeless. No be today dem start o! The universities were later reopened without recalling the union leaders and even with very strict conditions for the rest of us.

But the obstinate Ijesha-Ekiti boy with the unmistakably suggestive surname name for addiction to struggle, could not be stopped. He had become what, in his Yoruba culture, could be labeled ageku ejo with its own extreme venom. The struggle had become his life, as was and still is, for most of us. W e had been toughened to, not only be impatient for injustice, but to also have zero tolerance for it.

Lanre eventually sought his way into mainstream journalism and became an editor at the defunct The Republic newspaper. A few years afterwards, he found his way to National Concord where, again, we became collaborators in the never-ending struggle for a better Nigeria.

Lanre later became the features editor, captaining my team, a model team. The team comprised energetic and creative hands in the likes of Sam Nwanze, Jide Orintunsin, Beifoh Osewele as well as bevy of beautiful gals who came for internship turning the desk to the most frequented by Concord male staff from adjoining editorial units and other departments.

Lanre had a unique editing style: He would rather source a replacement for an unsuitable intro from the same report, thus strengthening the reporter’s self confidence and cultivating another budding editor at the same time. Lanre never hid his admiration and respect for anyone who crafted flawless, poetic prose either. He was no less strong on keen competition with features published by Concord’s only rival then, The Guardian.

Akin Adesokan of the Guardian’s feature desk then, now a professor in the US had done a feature on the political crisis in Osun State when Governor Adetunji Adeleke was the governor in 1991. Commissioned by Lanre, yours sincerely, did another, published the same week. While The Guardian’s was titled “Osun State: Handshake Beyond the Elbow”, Concord’s was headlined “Osun State: Whither Runs the Living Spring?” Osun state is otherwise referred to as the State of the living spring. Our review meeting for the week openly acknowledged that we were surely not in want of wits under Editor Lanre.

Never an armchair editor, Lanre led me and a few others including the inimitable poet, Sam Omatseye, to conduct what turned out to be the last major interview for the winner of the June 12 1993 presidential election, Basorun MKO Abiola at the height of the debacle.

Abiola openly hailed my boss, Activi-st! MKO later led only Lanre into a private room for an intimate discussion as a show of love and proper acknowledgement. Beyond being sheer reporters, our activism also attracted heavy patronage to Concord newspaper too. The very day soldiers came to seal up the premises following the proscription order by the military government of the tyrannical Abacha, late Didi Adodo and Olaitan Oyerinde, both of them Sec Gen and ASG of the Iron and Steel Assocaition of Nigeriarespectively then, passed on to us a full page advert from their union. Following the forced closure same day, not only did it become impossible for us to run the ad, the cash for the advert was also trapped in there for several months…

Beyond the confines of his employers, Lanre was most sought after and subsequently emerged as the Chair of the Lagos State Council of the Nigeria Union of Journalist, NUJ. Obviously still as strong spirited as he was for NANS leadership, Lanre’s tenure as NUJ leader in Lagos State has incontrovertibly remained the most politically accomplished and in particular, indomitably intellectually refreshing. Journalism in Nigeria: Issues and Perspectives edited by Olatunji Dare and Adidi Uyo, conceptualized and published by the Lanre administration has turned out to be globally well received. I got this confirmed in far away Harlem New York, specifically at Schomburg Center for Research in Black Culture.

While on a fellowship at Columbia University’s School of International and Public Affairs, SIPA, in 1998, I needed to do a presentation for which that book seemed indispensable. A librarian at Columbia University thus suggested the center for me. It was the most authoritative book there at that time on any aspect of Nigerian media history. Though due for a revised edition, that publication remains an outstanding veritable Nigerian media history resource.

Coming next to Ladi Lawal’s regime bedeviled by the challenges of proscription of newspapers, Lanre not only braced up but rolled out a reassuring programme for colleagues who were faced with threat of uncertainty following the proscription of all titles on the stables of Concord, Guardian and the Punch. In spite of the rancour unleashed by some timid and envious rivals, long time after leaving office, Lanre remains the central issue in NUJ politics in Lagos State till date.

Relentless Lanre has soared even beyond the local level. He has since cultivated and keeps nurturing and leading about the most good corporate governance compliant media development organization in Nigeria today, the International Press Centre, IPC.

His invaluable presence in the media community now cannot be over-emphasised at a time digitech induced distruption’s effect on the finances of the media industry and professionals is most stifling. IPC provides assorted refuge for many in the media across the industry and the academia. Lanre is indeed only a little short of the last man standing in the sector, really. Sixty hearty cheers to the uncommon leader.

Tunde Akanni, PhD, assosciate professor of journalism, doubles as the pioneer director of the Digital Media Research Centre, DMRC, of the Lagos State University. Follow him via:tundeakanni.com and @AkintundeAkanni(Twitter)

Transfer: Chelsea to offer their £97.5m striker plus cash for Harry Kane

Nnamdi Kanu to prove how FG made him jump bail- Lawyer