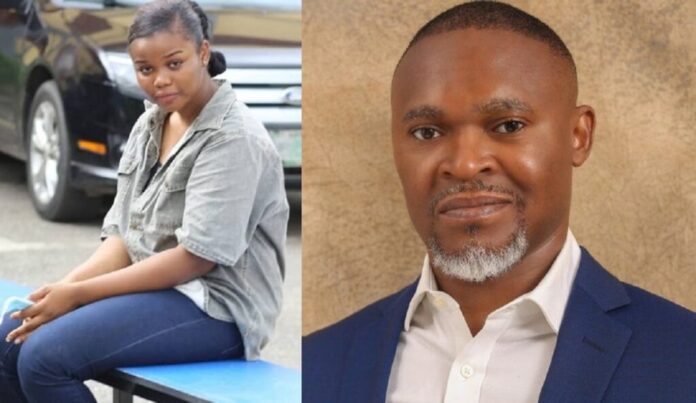 The last may not have been heard of the lifestyle of Chidinma Ojukwu, the 21-year-old, who allegedly killed the Chief Executive Officer of Super TV, Usifo Ataga.

Mma, as she is fondly called by her dad and siblings, was arrested by detectives from the homicide unit of the State Criminal Investigation Department (SCID), Yaba for allegedly stabbing Ataga severally to death in a rented apartment at Lekki.

At the point of arrest, the suspect had vehemently denied knowing Ataga, not to talk of being involved in his death.

Upon the insistence of the police, Chidinma’s father followed the detectives to the station where his daughter gave a graphic account of how Ataga met his death.

How I met Ataga at a wild party
Chidinma, after a long silence, opened up to our correspondent who interviewed her at SCID to know how she was introduced into drugs and wild parties.

She said because of financial pressure occasioned by the outbreak of COVID-19 pandemic, she hooked up with some female students.

“It first sounded like fun when I went out for the first time along with other girls. My friend who took me out told me we were going to attend a party organized by one of the latest big boys in town.

“On arrival, it was fun-filled. We had so much to drink. At first it was shisha we were smoking. I took a few drags on the pipe and blew the smoke out immediately. Other girls were busy blowing out smoke from their nose and mouth

“The party ended in the wee hours of the night and we ended up in bed along with some guys. The guy I slept with gave me N50,000 and I felt like break dancing.

“It was at one of those parties that I met Ataga. He picked interest in me because of the course I am reading. We dated for about six to seven months before I started noticing his strange behaviour.

“He gave me roofies (a street name for Rohypnol) before sex. I never meant to kill him on the day he died. I was not in the mood but he wanted sex. I told him so we had roofies and after which he was all over me. He forced his way into me, even though it was not the first time we had sex

“I felt he was using me to satisfy his sex urge. He never fulfilled all he promised to do for me,” she said.

Why suspect’s father was almost arrested

Adejobi while recounting what transpired said the suspect’s father almost prevented the police from arresting his daughter.

“When the policemen arrived at their house. It was her father who opened the door to the apartment where they reside.

“During preliminary interrogation before the suspect was arrested, she denied knowing Ataga and said that how will she ever be involved in the death of a man she never met.

“At that point the police insisted on taking her to the station. That was how her father got involved. He refused and insisted that his daughter would not go anywhere. It was at that point that the police said he would be arrested for obstructing their Investigation.

“Having seen the seriousness of the detectives, he said he will go with them and follow them to the station. He was shocked when at the station his daughter admitted to the crime and recounted what led to the death” he said.

Adejobi further said Chidinma would be charged to court for murder at the end of Investigation.

Police nab man for having sex with goat in Jigawa

A baby was born with three penises in Iraq

How Bandits crashed our jet in Zamfara – Air Force