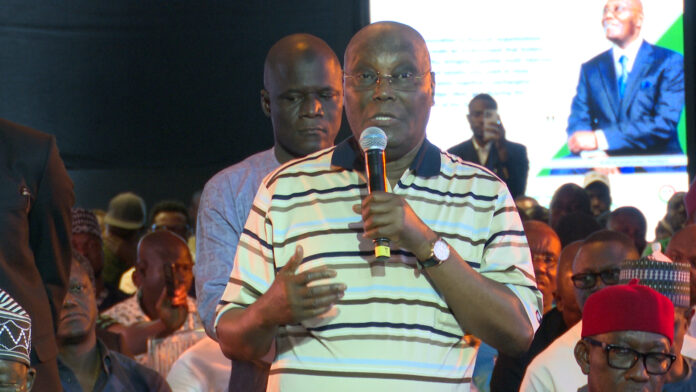 The Presidential candidate of the Peoples Democratic Party, Atiku Abubakar, has promised to support the creative industry with the necessary incentives, if elected into power in the 2023 general election.

He made the commitment in Lagos during a roundtable discussion with stakeholders in Nigeria’s creative, cultural and innovative industry. Some of the speakers at the discussion panel include top entertainment entrepreneur, Ayo Animashaun; award-winning director, Kenneth Gyang; ace creative director, Papa Omotayo; Talent Manager and Music Executive, Efe Omorogbe, media entrepreneur, Agatha Amata among others.

Atiku said the industry has what it takes to crash the unemployment rate and generate huge revenue for the country if necessary support is given.

Among other things, Atiku said he will create an enabling environment for the players in the industry by providing proper fundings, training and capacity development. He said the fundings would be liberalised and distributed through banks or agencies in order to make it easily accessible for players in the industry.

“This industry is a livewire for our economy. A sector that provides employment, especially for the youths, is not one to be toyed with. This sector can provide us huge revenue if well harnessed. 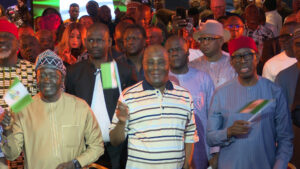 “The way forward is to increase funds for the arts and liberalise the process of acquiring that fund, if you give me the opportunity, I will do it because it is essential.

“I reject direct CBN intervention and encourage the private sector to be part of this, the government cannot develop all the funds needed,” he said.

While noting that he understands the challenges in the industry because he owns radio and television outfits, Atiku called for collaboration with the stakeholders on how to address identified loopholes in the sector.

He commended the stakeholders for their patriotism which he noted has kept them to keep providing jobs and contributing to the economy despite the many challenges and lack of sufficient support for them.

While noting that the government alone can’t provide the fundings needed to grow the sector, the former Vice President promised to collaborate with the private sector to grow the creative industry. 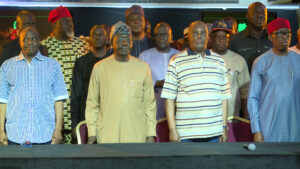 “I commend the presentations so far, I understand your challenges which I am also facing because I own a television and radio station, I face the same problem of access to water and electricity as well as bad roads, so I want you to regard me as one of you.

“I look forward to a close collaboration with you on how we can develop the sector and explore the potential, it is a multi-billion income creating sector.

“If we work together, we can make it, I look forward to another meeting before the elections to agree on some modalities on how things will be done,” he said

Atiku’s running mate and Delta state governor, Ifeanyi Okowa, commended the experts who spoke at the session for identifying and proposing solutions to the challenges in the sector. While assuring them that Atiku is a promise keeper, Okowa said Nollywood would manage the Delta state owned film village in Asaba which would be commissioned by the former Vice President in December.

He urged Nigerians to turn out en masse to vote during the forthcoming elections in February.

“There would be a new Nigeria if we work together to defend our land and take pride in it.

“We can make Nigeria work again through collaboration with the aim to rebuild the foundation,” he said.

He said less than 10 per cent of music consumers paid royalties which was not encouraging.

According to him, the Nigerian music industry remains so huge, yet to be properly tapped.

Executive Producer of Hip TV, Animashaun noted that the enabling environment for the creative industry must be created for businesses to thrive.

“We do not have the enabling environment to perform at the best capacity; this makes it so difficult to carry out major projects,” he said.

Filmmaker Gyang, said that if the industry must function optimally, the incoming President needs to create a national endowment fund for practitioners in the creative space just as practised in other climes.

“If funds are created for filmmakers, it will enable us to tell our stories as a country in the most dignifying way,” he said.

She said training and capacity building should be prioritized and upscaled.

“We should have exhibition platforms beyond the likes of Netflix and Amazon, we should have more film festivals to also woo tourists,” she said.

According to Agatha Amata, the entertainment industry is still a goldmine waiting to be tapped, stressing that the country needs to go digital. She lamented, “a lot of resources have gone into digital development since 2015 but it is unfortunate, we are still where we are”.

A filmmaker, Francis Onoche, said that serious attention should be drawn to the cultural policy of Nigerian films, which he described as amazing.

Onoche said that endowment funds for the arts should be revisited and provided.

He commended the efforts of 02former Nigerian President, Goodluck Jonathan, for the support on training, distribution, production and capacity building for filmmakers.

“We need you to support the true emergence of the creative sector in Nigeria,” he said.

The meeting convened by Chioma Ude, Eta Uso, Teinye Akobo and Rozan Ahmed as well as two children of Atiku- Maryam and Mustapha, was aimed at strengthening the country’s booming entertainment space and cultivating a more unifying support in championing Nigeria’s creative expression.

FIFA U20: Nigeria whip Cameroon for final round ticket