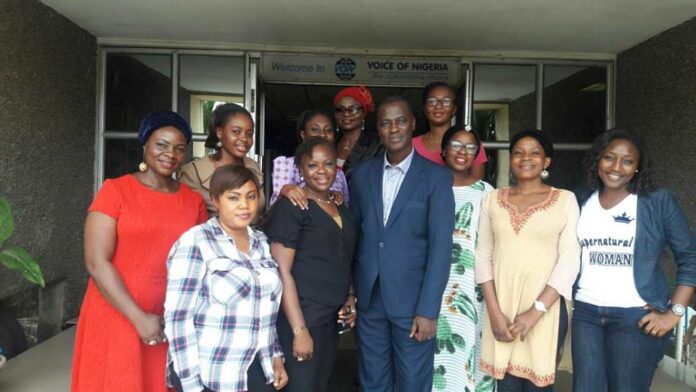 The question caught me off guard.

Although I was the only male facilitator at the training session with 21 female journalists, I had assumed that my role during the ‘ladies talk’ on staying safe and managing conflicts which was dominated by sexual harassment experience was to listen and offer my advice.

I wasn’t expecting to be asked if I have been harassed before by the female facilitator moderating the session.

When she stopped where I was sitting and asked “Oga, have we harassed you before?” I didn’t have an immediate answer. I had to repeat the question to gain more seconds to think of what to say.

Though I could have immediately said No, I wanted to be sure I have not forgotten any possible incident in my over 35 years experience in the media, including the newsroom and institutions I have taught journalism students.

The sexual assault experience shared by some of the participants was not totally strange to me, especially in my early years in the profession with various newsroom sexcapades I heard about, but some were still shocking that I would prefer not to repeat them.

There were many more cases the participants wanted to recall but there was not enough time for them to share some traumatic experiences they have had to endure in the newsroom and on the beat.

For some of the participants who had never shared their experience before, the session was very helpful in letting them know what others have also experienced and how to respond if such incidents occur.

So, what was my response to the question if I have been harassed before, it was NO.

The closest instance was when I felt very uncomfortable with an intern’s revealing dress and I asked a senior female journalist to tell her not to wear such to the office.

Who knows if I was just being old school and should have looked away instead of embarrassing the young lady by complaining about her dress.

I don’t know if other male journalists have been harassed. I can’t recall having a female boss who could have, what I know is that there are many female journalists who are victims and survivors of newsroom sexual assault of all kinds.

I have done my best to be as professional as possible in working with female journalists and they have done same.

For those who may not fully understand what newsroom sexual harassment is all about and the implications, Rachel Mbaka, a Kenyan female journalist explains in the quote below:

“Sexual harassment is misunderstood as a fight between men and women, yet it is very personal and is centered on wielding power over those seen to be on a lower level.

Violating someone takes all forms: lewd messages on texts or social media, catcalling, sexist jokes, inappropriate touching/hugging, comments about intimate parts of the body, the list is endless. It has led to people leaving their jobs or writing off the media industry as a whole, poor performance in the workplace, mental anguish, lowered self-esteem, and the media industry’s image gets tainted”

This article was first published on Media Career Development Network

Lukman Ibrahim: An achiever at 41

The largest bank robbery in history- about to happen in Nigeria

On the growing menace of child sexual molestation