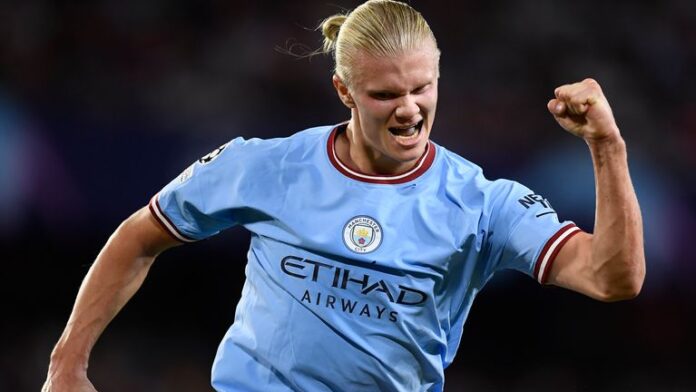 The prolific Norwegian striker has been a revelation for the Blues since completing a £51 million ($57m) transfer from Borussia Dortmund in the summer of 2022. He was in devastating form once again during a meeting with Manchester United on Sunday, adding another match ball to his ever-growing collection with a stunning treble completed in emphatic style against the out-of-sorts Red Devils.

Haaland had previously hit three goals for City on in-home dates with Crystal Palace and Nottingham Forest and has now set a new Premier League record with his third treble in succession at the Etihad Stadium. The 22-year-old is now up to a staggering 14 goals in the competition for this season.

City will be in midweek Champions League action against Copenhagen, before then playing host to Southampton in the Premier League next weekend in a game that will see Haaland chasing down another hat-trick.

Why US is out to expose Buhari’s govt – Bamgbose

Funds for arms given to Buratai, other ex-service chiefs missing — NSA