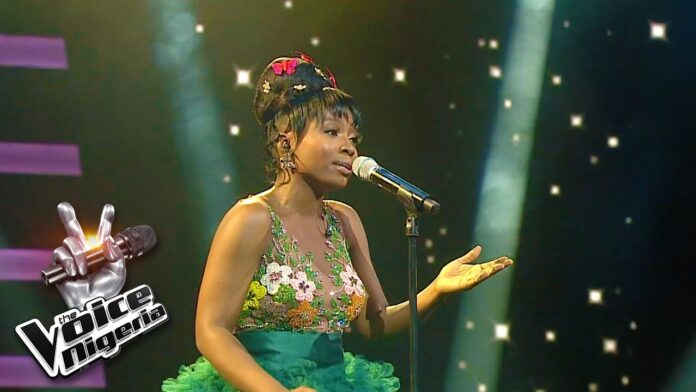 Esther Benyeogo has emerged the winner of the most anticipated music reality TV show finale, The Voice Nigeria Season 3.

The recorded the highest votes to emerge winner.

Other contestants in the top four were Naomi Mac, Kpee and Eazzie.

This season of The Voice Nigeria is the first production of the show in Nigeria. Previous seasons of the show were produced in South Africa.

The show produced by Livespot and Un1ty Limited has become the nation’s most anticipated musical show and has attracted a lot of recognition both at home and abroad. The Voice Nigeria has raised and unleashed great talents on the global stage as the music industry in Nigeria continues to attract international attention and recognition.

The show recorded a total of 18 episodes with a steady constant dosage of entertainment for its audience and viewers all over the world. The show began with the blind auditions, then the knockouts, battle rounds and finally the live shows.

The journey began with 24 talents and 4 coaches- six talents each in a team, with each talent, constantly making waves with their performances and ensuring they put in their best to get the crown.

Zahra Buhari opens up on relationship with husband

We are not recruiting — INEC

I wanted to bleach my skin– Tiwa Savage