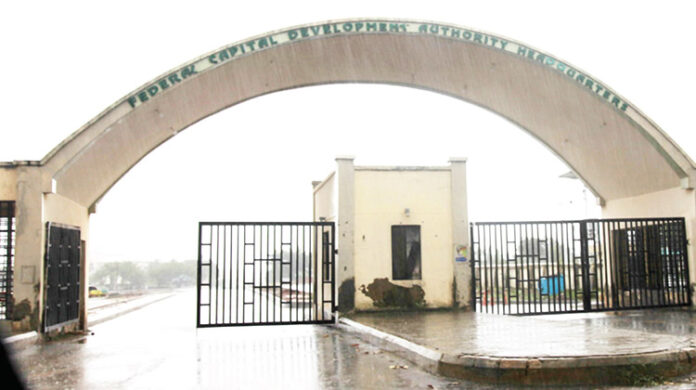 A High Court in Abuja has summarily restrained a foreign company the Federal Capital Development Authority (FCDA), and its sister Federal Capital Territory Authority (FCTA), from taking any further steps that would frustrate, or undermine, the lawful activities and operations of one of the biggest foreign real estate investors in the Nigerian economic space. The company, which is willing, able and ready to bring in a lot more funds and partners into the country, has been contending with the questionable demands, disruptive activities and regulatory challenges being drummed up the said FCDA/FCTA.

It is baffling that, while Nigeria is desperately looking for international investors to boost Foreign Direct Investment (FDI), in the face of dwindling Naira earnings from oil, a misguided coterie of officials should be using properly constituted intuitions of state to overreach themselves in order to frustrate the efforts of government.

In line with their questionable motives and posture on the Centenary City Economic Free Zone, some of these officials have developed what looks like a reprehensibly pecuniary relationship, which culminated in their giving a construction company illegal access to lands and properties outside the jurisdiction of the FCDA/FCTA. The construction company in question, Arab contractors Nigeria Limited, was misled into encroaching on the lands and properties of Centenary City Plc (CCPLC) and Centenary Economic City Free Zone (CECFZ) and take unlawful possession of part of its physical space, to use same as Site Yard, without due rental and access rights from CCPLC/ CECFZ.

The said construction company was also encouraged and misled into violating the original layout of Centenary City Project, and thus made to reroute a road that had its right of way on a totally unencumbered freeway. As it now stands, the rerouting rests on the desire of some FCDA/FCTA officials to leave intact an illegal filling station in which a staff of the FCDA has pecuniary interests. This rerouting of the road has increased the contract sum for the road by a phenomenal five billion Naira, in addition to making the contractor to blast through landscape that should not otherwise have been affected. The construction company was also further misled into not following up on its earlier lawful correspondence with CCPLC, regarding access and use of its property and space.

It would seem that the current acts of illegally are consistent with the now-well-known culture of impunity, for which some official of these agencies have earned themselves a reputation for aggravated misconduct. They have been taking liberties not granted by the law over the years. This time around however, it is with complete disregard for the powers of Mr. President and the rule of law at several levels.

First, there is the flagrant disregard of Mr. President’s status as custodian of the Federal Capital Territory, in whom all ownership rights inheres; and who is the custodian of all lands, properties and resources appertaining thereto. Second, there is the reckless violation of the duties, rights, powers, and custodian roles of the Nigerian Export Processing Zones Authority (NEPZA); whose powers derive from the authority of Mr. President, via an enabling law. Third, among others, is the arbitrary presumption of a right to exercise discretion on who may use, and/or allot lands and properties belonging to a prominent Real Estate Development and Investment Company, Centenary City Plc (CCPLC).

It would be recalled that the Centenary City land and project was designated a Free Zone by President Goodluck Ebele Jonathan on the 10th day of September, 2014. By this singular fact/act, the areas, physical spaces, landscapes, natural territories, legal and physical annexures pertaining thereto, including CCC/CECFZ itself, came under the exclusive jurisdiction of NEPZA; in fact and in law.

The controversy on the ground at the moment, around the debilitating activities, of FCDA/FCTA has constrained CECFZ to go to court over the forceful entry of its land and interference with its multi-million-dollar grand plan by Arab Contractors Nigeria Limited. This illegal act, perpetrated because of the goading and misguided approval of the FCDA/FCTA, is an issue on which a court of competent jurisdiction is now set to make a declaration. In the Originating Summons filed by CECZF, the Plaintiffs are seeking the help of the court in the interpretation of the powers and roles of relevant statutory authorities i.e., the Constitution of the Federal Republic of Nigeria and the Nigeria Export Processing Zones Act, which provides for the establishment of the NEPZA and the exclusive administration of and control of all designated Economic Free Zones by the agency.

To the extent that the Constitution and the NEPZA Act provide for the establishment of the Nigeria Export Processing Zones Authority and the exclusive administration and control of all designated free zones by NEPZA, to that extent are the FCDA, FCTA and any parties misled into ascribing to the FCDA/FCTA powers, duties and supervisory rights they do not possess, in breach of the law.

The concerned property company, in this case, CCPLC, is aware of its right and the law. It is also weary of the repeated antics and distracting encroachments of the FCDA/FCTA over the years. Thus, it has now sought the help of the court and, relying on the interpretation of sections 3,5,147,148 and 299 of the 1999 Constitution, to determine whether the executive powers of the Federation exercisable by the President of the Federal Republic of Nigeria and/or the NEPZA can be disregarded, wilfully breached, impeded and/or deemed “advisory” by another level of government.

This will show to what extent the actions of entering, occupying, and even converting of parts of the land allocated to CECFZ by Arab Contractors as their Site Yard is a lawful act, in line with the intendments of the relevant sections of the constitution earlier referred to. This is especially with regards to whether the approving authority is NEPZA, or the FCDA/FCTA. It is also with regards to whether seeking and obtaining the consent and approval of NEPZA, and concurrence of CCPLC/CECFZ, were not mandatory conditions precedent for access to and use of CCPLC/CECZF of assets.

It is on record that the efforts of the Managing Director of CCPLC, Dr. Ikechukwu Michaels Odenigwe to get the FCTA and FCDA to note and respect the rights and entitlements inhering in the licence granted CCPLC to operate as an Economic Free Zone, under the exclusive regulation of NEPZA, have not been rewarding. Instead, the FCDA/FCDA officials in question here keep interfering and distracting the investors, by still demanding for development plans approval from from CCLC/CECFZ, notwithstanding the fact that the Centenary City’s development plans have been approved by the NEPZA.

In the current controversy, the officials who ae clearly acting outside of the law have made it possible for Arab Contractors to deface part of the Centenary City Master Plan, by setting up a Site Yard within the Company’s land. These FCDA/FCTA officials, by apportioning parts of CCPLC/CECFZ’s designated lands and territories to Arab Contractors without recourse to CCC/CECFZ, have become both agent provocateur and Patron Saints of mischief.

Another issue in contention, and one on which the FCDA/FCTA officials can best be described as being deliberately mischievous and ridiculous, concerns the payment of taxes, levies and rates by CECFZ. The demand for these payments by the FCA/FCTA is illegal, to the extent that the Company is a Free Zone that is not subject to such. This is so in law, pursuant to Section 8 of the Nigeria Export Processing Zone Act. That is why CECFZ has chosen to bring up the FCDA/FCT’s request for such taxes, levies and rates for determination by the court as ultra vires.

The culmination of it all, and one which points to the serial misconduct of the FCDA/FCTA officials in their relationship with CCOLC/CECFZ, is now manifest in an order made by Justice I. E. Ekwo of the Federal High Court on 22nd November, 2022. This order grants CECFZ an ex-parte application for substituted means of service to Mr. President and also restrains the defendants from carrying out any activities whatsoever on the disputed land. This order compels the Defendants to maintain the status quo, pending when the Substantive matter is determined by the Court.

The question for us here is this: “What is the overall effect of the antics of these FCDA/FCTA officials on potential foreign investors? The other questions include (1) What level, and volume, of FDI has the FCDA/FCTA attracted to Nigeria in the last 30 years? (3) What is the nation to gain from the FCDA/FCTA’s continued culture of impunity, with regards to the robust development of Free Zones?

5 foods you can cook with less than 1k