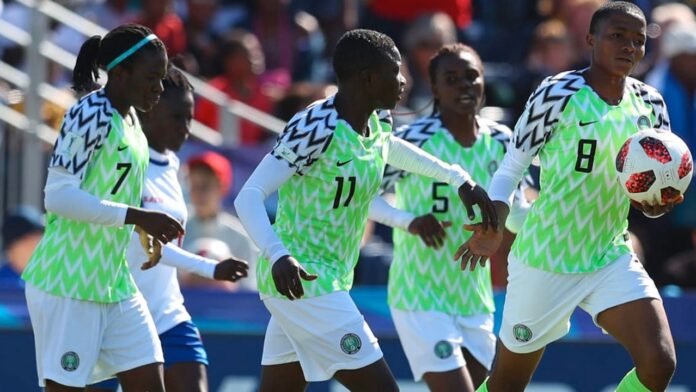 The Falconets on Saturday defeated their Cameroonian counterparts 3-0 in a second leg match of the fourth round of the 2022 FIFA Under-20 Women’s World Cup African zone qualifiers.

The victory in the match played at the Moshood Abiola National Stadium in Abuja saw the Falconets advancing to the qualifiers’ next round.

The Nigerian national under-20 women’s team went on to qualify for the final round on a 3-0 aggregate, after a goalless draw two weeks earlier in Douala.

They stamped their authority on the game as early as in the 22nd minute, through Esther Onyenezide.

Precious Vincent doubled the lead in the 37th minute to put Nigeria in firm control of the initially cagey game.

Onyenezide scored her second goal of the match in the 73th minute to put Nigeria three goals up and the game well beyond the visitors.

The physical Cameroonian girls fought back with some penetrating runs from the midfield but could not convert their chances in front of goal.

The Falconets will now play their final qualification fixture in March for a place in Costa Rica, which can be either Senegal or Morocco.

Gov Ortom opens up on return to APC

EPL: What will happen to Ronaldo at Man Utd – Rashford