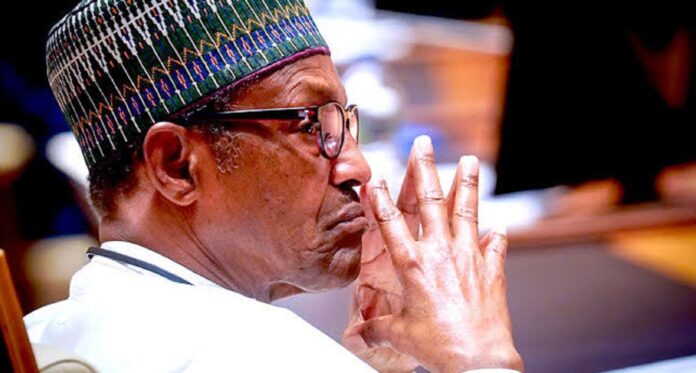 “May we never see another year like 2020” was the ardent wish of 99.9 percent of Nigerians at home as they bode goodbye to the year described as the year of global pandemic. The wish fashioned into a prayer was not unconnected to the fact that 2020 gave Nigerians a mouthful, more than we could chew.

Although Nigerians largely survived the year, there is no denying the fact that the year would not have been as bad as it was if the nation’s presidency got things right. We highlight events in which the President’s failure to act as the leader of over 200 million Nigerians was glaring.

Nigerian students in public universities began last year in high spirits. Even when the Academic Student Union of Universities (ASUU) declared an indefinite strike in March, students had hope that the striking varsity lecturers would return to classrooms in no distant time. Sadly, the industrial action spanned 9 months, crippling the economies of universities host communities and inflicting mental torture on university students, who were left to wonder when they will complete their programmes.

By and large, the prolonged strike which was the longest strike in the country’s history since 1999 was a testament of President Muhammadu Buhari-led government’s failure to ensure the well-being of young Nigerians who are custodians of the nation’s future. The President went on to approve only 5.6% allocation to education in the 2021 appropriation bill, despite ASUU’s cries of poor investment in the Education sector.

We can only hope that Buhari’s administration gives due attention to Education by fulfilling agreement reached for the conditional suspension of the strike in this New Year. 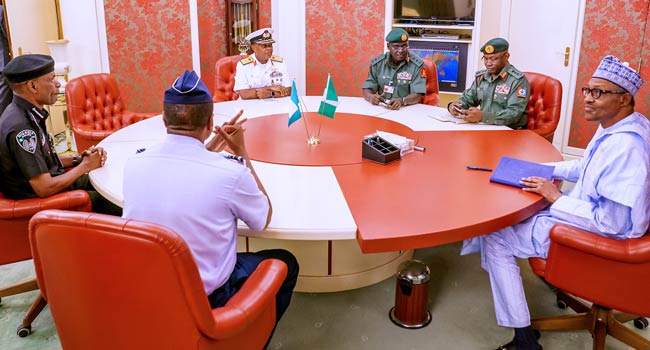 2020 was unarguably one of the most dangerous years to live in Nigeria. The level of insecurity in the country was so terrible such that citizen’s lives and properties were at the mercies of armed robbers, thugs, bandits, kidnappers and insurgents. Killings were the order of the day while the president continue to pay deaf ears to numerous calls for the reorganization of Nigeria’s security architecture and sacking of Service Chiefs.

Virtually all progressive regional groups and forums have lampooned the President for failing Nigerians in the area of security. The sultan of Sokoto ‘wailed,’ so did Bishop Kukah whose viral Christmas day message lampooning President Buhari was misquoted to discredit it. The president also seemed to be on a mission to evade accountability on security, as seen in his refusal to appear before the national assembly.

It was in 2020 that no fewer than 40 farmers were gruesomely slaughtered by Boko Haram in Borno. No fewer than 70 soldiers were ambushed and killed by insurgents in Goneri village, Borno State among other attacks in other states. Royal fathers were abducted and brutally killed, villages were sacked, farms were destroyed at will, the high ways became death-traps among other security challenges. While many agree that President Buhari deserves a pat for the speedy rescue of abducted schoolboys in Kankara, Katsina state, Nigerians can’t help but wonder what he is doing to put an end to kidnapping and banditry bedevilling the country?

Nigeria recorded its first case of Coronavirus in Lagos on the 27th of February 2020. It wasn’t until the 20th of March that President Buhari ordered the closure of three of Nigeria’s five international airports to prevent the spread of the virus. The development didn’t sit well with most Nigerians who believed it was long overdue. They blamed the President for being too slow to act.

At the peak of the pandemic in Nigeria, there was limited testing and treatment of infected persons, while many others complained of poor isolation services. Nigerians were made to stay at home for weeks without the provision of palliatives to vulnerable citizens in any meaningful way.

Although Buhari’s administration is yet to specifically state how much was spent in combating the pandemic, Kogi State Governor Yahaya Bello said about 3.5 trillion was spent on COVID-19 related matters in 2020. Despite the huge expenditure, doctors are hardly paid hazard allowances and just few Personal Protective Equipment PPE’s are available for frontline health workers.

President Muhammadu Buhari’s inactions had never been so glaring as it was during the recent nationwide protests against police brutality. His perceived indifference and aloofness to the pervasive public agitation in the country was disturbing and made many wonder if the nation really had a leader.

When the president finally reacted to the agitations, his speech was disappointing as he never used the opportunity to unify the country and, more significantly, empathize with grieving families who lost kith, kins and properties during the agitations.

Neither did he mention the troubling events at Lekki toll gate where soldiers allegedly opened fire on peaceful protesters. Instead, Buhari stuck to his long-running style as a former military general and dictator. His speech which struck Nigerians as high-handed and tough also came with a demand —and a thinly veiled threat— for protesters to call off street demonstrations.

American author, Dr John Maxwell in his aphoristic element said everything rises and falls with leadership. We hope the nation’s president gets things right this New Year as we put the pains and horrors of 2020 behind us.

2022 UTME: One killed as gunmen attack JAMB officials in Lagos

Despite police ban, Yoruba Nation rally to hold in Lagos