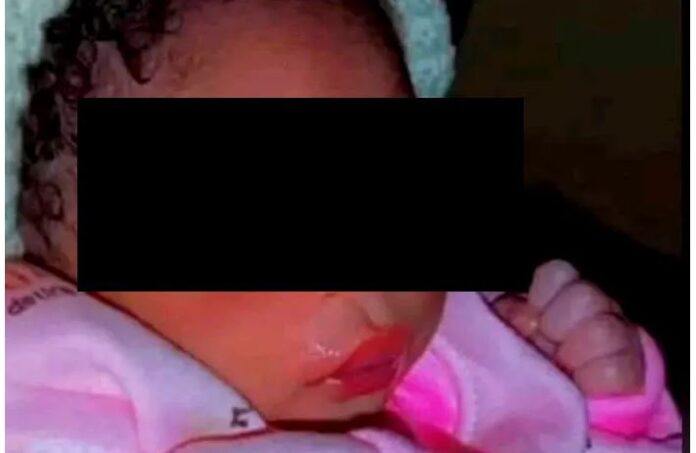 The Nigeria Association of Women Journalists (NAWOJ) and the National Human Right Commission (NHRC) have called on the Imo State government and the police to prosecute Confidence Amatobi for allegedly assaulting and breaking the arm of his two-month-old baby Miracle.

The suspect, Mr Amatobi, 31, who’s currently on the run, was said to have battered little Miracle’s arm with a plastic hanger for disturbing his sleep, which resulted in the arm being broken and later amputated at the pediatrics ward of the Federal Medical Centre, Owerri.

The mother of the abused baby, Favour Chikwe, from Idemili community in Anambra State, disclosed to journalists that the incident took place on Friday, October 7, after she had left Miracle in the care of his father to use the restroom.

She recalled that upon hearing the distressed cry of her baby, she had to go back into their apartment to know the cause of his cry, only for her to notice that the baby’s right hand was swollen and the bone broken from the beating he received from his father.

“Upon noticing that he has broken the baby’s hand, he used sticks and rubber bands to bind the broken bones together,” she said.

The mother added that, “When l confronted him about what he did, he locked us in the room, to prevent me from telling people about his wicked deed or seek for help. He also collected my phone from me so that I will not call the neighbors.”

According to the aggrieved mother, she found a way to escape from the locked room after which she took her baby to FMC Owerri, where the amputation of her baby’s arm was done.

After the amputation, the Imo State chairperson of NAWOJ, Dorothy Nnaji, called out for justice against the fleeing Mr Amatobi, urging the authorities to swiftly apprehend the suspect.

How I faked kidnap to get money from my parents — Suspect

How to use food to curb the spread of cancer — Expert