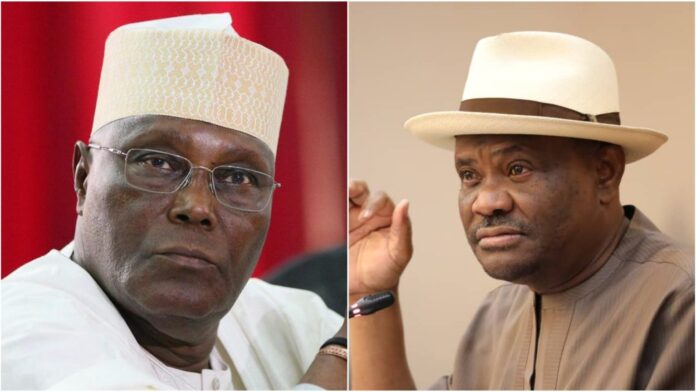 The Presidential Candidate of the Peoples Democratic Party, Alhaji Atiku Abubakar has disclosed that he has met Rivers state governor, Nyesome Wike five times in order to resolve the crisis within the party.

Atiku, who disclosed this during People’s Townhall, a brainchild of Channels Television and its partners, said he met with Wike twice in Port Harcourt and Abuja as well as once in London.

Nigerians pressuring Jonathan to run for President in 2023— Omokri

Your Government Can Negotiate With Terrorists But Scared To Hear Citizens Talk — Sacked...

2023: We are smarter, won’t insult rival parties during campaign – Tinubu