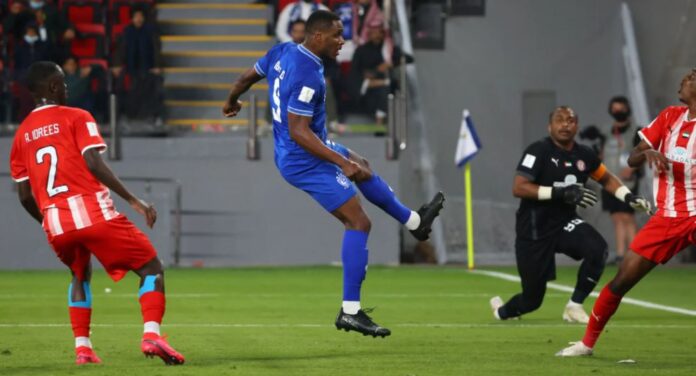 The AFC Champions League winners had to come from behind at the Mohammed Bin Zayed Stadium to secure their safe passage into the last four, with their greater firepower in front of goal proving the big difference between the teams in what was an entertaining contest, and not as one-sided as the final scoreline suggests.

Abdoulay Diaby finished an Al Jazira counter-attack to put the hosts ahead on 14 minutes, and they had three excellent chances to double their lead before the favourites Al Hilal equalised through former Watford and Manchester United striker Odion Ighalo.

The Nigerian headed in from close range, and four minutes later Matheus Pereira, who scored twice against us for West Brom last season, superbly found the corner of the net to turn the contest on its head before half-time.

Ten minutes into the second period Ahmed Al Attas missed a golden opportunity to make it 2-2, and just as in the first half Al Jazira were quickly punished for their profligacy as Al Hilal’s tall central midfielder Mohamed Kanno headed in a corner.

Marega did get his name on the scoresheet with a couple of minutes left after Al Jazira again struggled defending a corner, and there was still time for a sixth goal, a penalty converted by Peruvian Andre Carrillo following a handball. It felt harsh on the local side who were well in the contest until its final quarter.

Even though the game was played at Al Jazira’s home ground, the majority of the 12,000-strong crowd were supporting the Saudi giants

Nigeria In Much Deeper Hole Than In 2015- Says Sanusi

WAFCON 2022: All eyes on Super Falcons as competition kick-start in Morocco