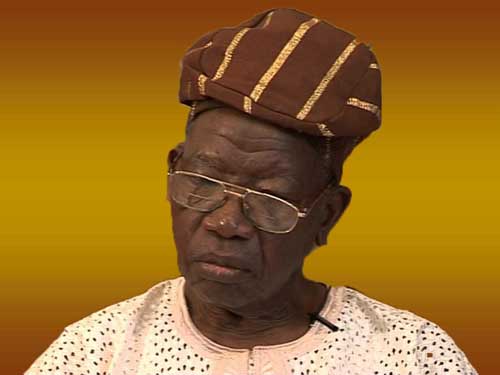 Elder statesman and first civilian governor of the state, Alhaji Lateef Jakande, will be buried on tomorrow (Friday).

This was announced by the Committee of Friends of the ex-governor, who died on Thursday.

Also, one of his sons, Deji, confirmed that Jakande will be buried at 4 pm on Friday.

In a statement, Jakande’s friends said there would be pre-burial prayers at the deceased residence at the Ilupeju area of Lagos State.

The statement read, “The committee of friends LKJ first civil Governor of Lagos State wishes to announce the passing of our dear leader the Baba Kekere of Lagos, Alhaji Chief Lateef Kayode Jakande, at the age of 91 years which sad incident happened on Thursday, February 11, 2021

The burial arrangements are as follows – Pre-Burial prayers at number 2 Bishop Street Ilupeju, Lagos State on Friday 12, February 2021 at 9am.

TheLeadng had reported that Jakande died in the early hours of Thursday at the age of 91.

Jakande, a former journalist was Lagos State Governor from 1979 to 1983, and later served as Minister of Works under the military government of Gen. Sani Abacha.

His administration as Lagos State Governor left a legacy of massive infrastructure development during his four-year stint especially through numerous Jakande Estates built across the state as well as his sterling investment in education.