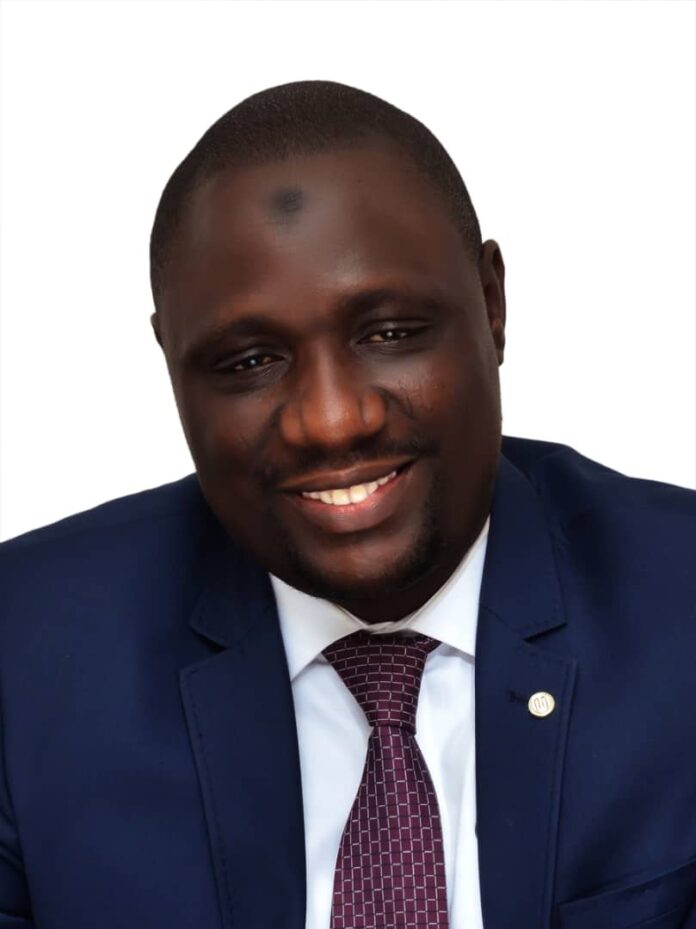 When great men celebrate, even the stars bow in solemn hallow.

There is no doubt that some men and women have refused to serve as mere spectators in the theatre of life. They strongly believe that they have been ordained to change the world.

These men and women know through the combination of insight and experience that when the quest of perfection, though not attainable is perpetual, nothing is really out of reach. Impossible, to these men, are nothing.

Nigerian Entrepreneur, Real estate Investment and infrastructure development advisor and philanthropist, Lukman Ibrahim Olagbenga is one of those men.

The CEO of Swift partners realty limited was Inducted into the African CEO’s Hall Of Fame Class of 2020 by African Leadership Magazine in London, United Kingdom in recognition of his “passion and commitment to diligence, success and transformational leadership”.

Born on the 4th of August 1980 to Alhaja Fausat Ayoka, a popular cocoa merchant and Alhaji Moshood Ibrahim, a chief in Itori-Oke, Egba kingdom, he attended St. Bernadette’s Nursery and Primary School and subsequently, Lisabi Grammar School. At an early age, he was charged with the responsibility of managing his family’s cocoa business while in secondary school exposing him to the entrepreneurship side of life. This early exposure to business steered him towards entrepreneurial direction.

To further his education, he obtained a Master’s degree in Business Administration from the University of Lagos after graduating from the Federal Polytechnic, Ilaro in 2005 with an upper credit in Real Estate and management.
He joined the real estate division of Fola Oyekan and Associate in 2001; and worked briefly in other firms before establishing his own real estate company, Swift partners realty Limited.

At 34, he led a state-wide public & private partnership project of land titling and proper documentation process to ensure Nigerians and foreign investors both in rural and urban areas of the country have a document or title indicating their rights to any parcel of land for a standard period of lease or ownership.

Recorded among his successes are several key projects managed, both in the private and public sector such as the on-going Construction of Agabara Galleria and the concluded Ogun State Home Chatter Owner Project (2014-2017).

Lukman, an associate of Nigerian Institute of Estate Surveyors and Valuers, was chief consultant to Ogun State Government on road compensation in 2011-2019 and tenement rate administrative consultant in multiple areas of the state between 2012-2015.

In his over 20 years of career, he has encountered many talented individuals who despite their ability and ambition were unable to achieve their full potential and realize their aspirations in life owing to lack of financial resources, training and guidance. However, to halt this trend, he founded Lukman Ibrahim Foundation for Empowerment, an NGO with special focus on capacity building, capital empowerment, educational support initiatives, health assistance, agricultural and land redistribution structures among other empowerment programs.

Lukman Ibrahim has therefore been described as a man with a heart of gold, a problem solver whose obsession to solve social problems knows no bounds. He is known for putting smiles across faces and has become a friend of the poor and downtrodden.

Human life is said to be very dynamic and unpredictable, but for those who plan well, there is always a state of certainty that permeates and defines their activities on earth. Alhaji Ibrahim is giving meaning to life and as he celebrates his 41st birthday, there is no doubt that Almighty Allah will reward him with greater responsibilities to the good people of Ogun state, Nigeria and the world at large.

Editor, have you been sexually harassed by a female journalist?

The largest bank robbery in history- about to happen in Nigeria

COVID-19: Nigeria may impose another lockdown