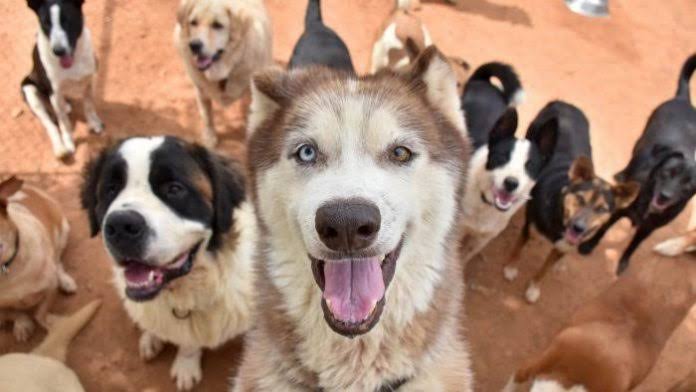 The tough economy, poor parental upbringing, and other societal difficulties plaguing the country have been blamed for certain Nigerians, particularly young ones, committing bestiality.

Thelead.ng remembers that the social media arena was recently swamped with images of Nigerian girls having sexual intercourse with dogs supposedly for a N2 million incentive.

The situation sparked outrage on social media, prompting the Nigeria Police to initiate a manhunt to apprehend and convict dog owners who are reportedly paying girls to have sex with their canines for rituals.

CSP Muyiwa Adejobi, the Force Public Relations Officer, said in a statement that security officers would not back down until the females shown committing criminal offenses in popular TikTok videos were captured.

A video recently emerged of a 10-year-old Chrisland Schools, Lagos State, kid engaging in sexual intercourse with a male schoolmate at a competition in Dubai, United Arab Emirates.

Prior to the sexual misbehavior scandal, the very young schoolgirl had surreptitiously managed a social media account where she uploaded sexy content.

She was reportedly punished by the school administration after her antics went viral on the internet.

While reacting to the video, several men of God, including the founder of Salvation Ministry, Pastor David Ibiyeomie, blamed bad parenting for children’s immoral behavior. He claims that parents have become engrossed in economic interests and have lost their responsibility to supervising their children’s activities.

The moral issue does not exclude the male gender as three teenage boys were in January this year, caught burning the head of a girl, said to be in a relationship with one of them, for a money ritual in the Oke Aregba area of Abeokuta, the Ogun State capital.

Some stakeholders have stated and listed poverty, poor parental controls, and unemployment as reasons for the moral decadence currently taking over the lives of some Nigerian youths.

Nigeria will remain one despite challenges, Buhari vows