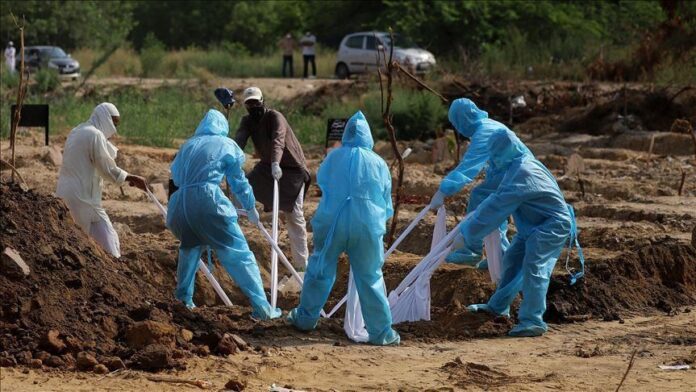 The Nigeria Centre for Disease Control (NCDC) on Monday night confirmed additional 21 deaths from the coronavirus pandemic, increasing the nation’s total fatality from the disease to 2,619.

The centre noted that the latest figure included a backlog of nine deaths reported from Lagos State, the epicentre of the disease.

The state also topped the list of daily infections with 114 cases out of the 387 new infections recorded across 15 states of the federation and the Federal Capital Territory (FCT).

It added that the figure of discharged patients, which now stands at 188,427, also included 1,700 recoveries reported for Lagos State from September 11, 2021 including community discharges.

The new infection figure, according to the NCDC, has increased the country’s infection toll to 199,538 cases while the country’s active cases have now significantly reduced to 8,492 from more than 10,000 reported 24 hours earlier.

The data provided by the NCDC indicated that, as Lagos State registered the highest cases, Rivers State in the South-south recorded 91 cases to rank the second on the chart, followed by the FCT with 32 cases.

Edo and Delta recorded 31 and 28 cases respectively while Kwara State in the North-central recorded 20 cases.

Two more states from the South-south, Bayelsa and Akwa Ibom also made the list with 18 and 15 respectively while South-west states of Oyo and Osun recorded 10 and eight cases respectively.

The Northwestern states of Kano and Kaduna reported two and a single case respectively to provide the least cases on the log for the day.

NCDC also added that the quartet of Abia, Nasarawa, Ondo, and Sokoto states reported no case.

Why I dumped secular music- Chidinma

Biafra: Nigeria will shake if another war breaks out, BNL threatens

2023 presidency: What will make me accept to be Amaechi’s running mate – El-Rufai