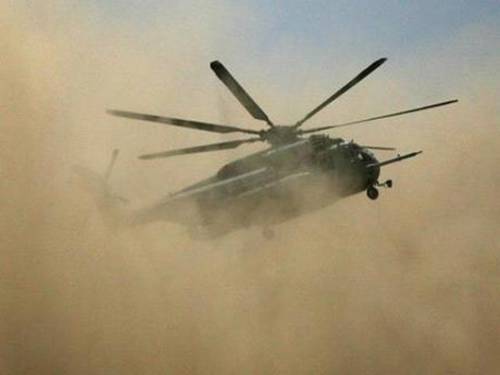 The Bauchi State Governor, Bala Mohammed, has raised the alarm over the suspicious movements of an unknown helicopter around the Lame-Burra Forest which is a notorious bandits’ area.

The governor stated this only few days after he declared that Toro Local Government Area remained the epicenter of insecurity which had defied all efforts to check in Bauchi State.

The governor who is worried about the situation was speaking when he granted the audience to the recently deployed Air Officer Commanding (AOC), Special Operation Command (SOC) of Nigerian Air Force, Bauchi, Air Vice Marshal Tajuddeen Yusuf in Bauchi at the Government House.

Bala Mohammed said that he was speaking based on the intelligent reports received from security agents and the local community over the suspicious movement of the helicopter whose mission was not known.

The governor therefore called on personnel of the Nigerian Air Force base in the state to intensify surveillance in the area with a view to identifying the suspected helicopter as well as to protect people’s lives and property.

The governor also called for the intensification of security operations in the area by the officers and men of the Nigeria Air Force became imperative considering the present security situation in most parts of the country.

He reiterated his administration’s commitment to provide all the necessary support to consolidate on the gains recorded in the fight against various forms of criminality across the state.

The governor stressed that his administration would remain committed to ensuring that adequate security was provided saying that the government has spent a huge sum of money to that effect.

Speaking earlier, the new Air Officer Commanding (AOC) Special Operation Command (SOC), Bauchi, Air Vice Marshal Tajudeen Yusuf said that the Command was aware of the situation and investigation are ongoing with a view to checking the trend and apprehending the suspected helicopter for appropriate action.

Air Vice-Marshal Tajudeen Yusuf who commended the State Government for its concern over the security threat in the state, called on the public to assist the command with useful information to discharge its duties diligently.

Over 500 ‘Repentant’ Boko Haram Terrorists Graduate From Rehabilitation Camp, Sent Back To Home...