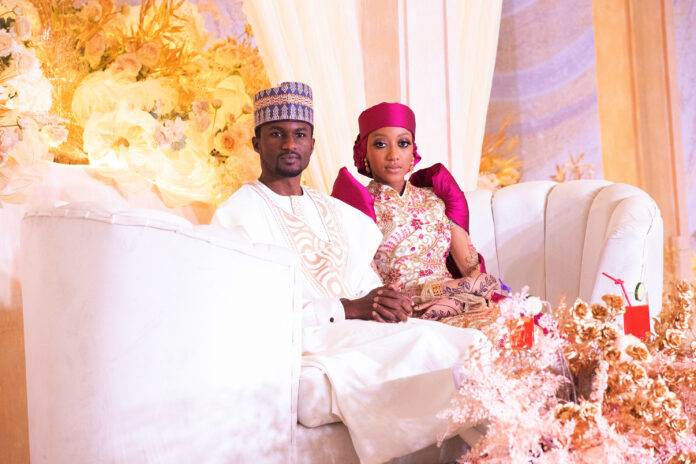 President Muhammadu Buhari, his wife, Hajiya Aisha Buhari and the Vice President, Prof. Yemi Osinbajo, were among dignitaries at the luncheon organised for Yusuf and Zahra Buhari.

The event, which was held at the Banquet Hall of the Presidential Villa, Abuja, was the concluding part of the marriage ceremony between the son of the President, Yusuf and his new wife, Zahra, which started on Friday. 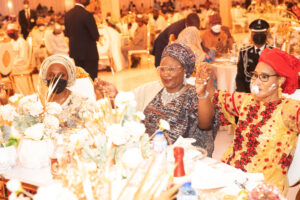 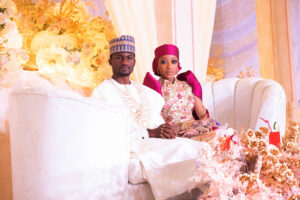 Yusuf took Zahra, daughter of the Emir of Bichi, Nasiru Ado Bayero, as wife at a ceremony in Bichi, Kano State, on Friday.

The wedding Fatiha was conducted at the Emir’s Palace with the Minister of Communication and Digital Economy, Dr Isa Ali Pantami, presiding, after payment of N500,000, as dowry. 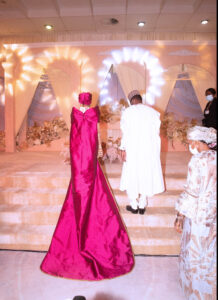 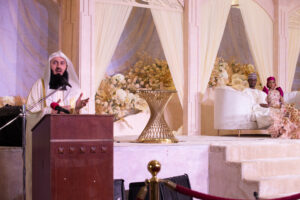 Alhaji Aminu Dantata stood as representative of the bride, while Alhaji Mamman Daura, stood for the bridegroom during the wedding Fatiha.

However, Yusuf and wife played host to the President, the Vice President, governors, other politicians and business moguls from within and outside the country during the event.

Pictorial reports from the colourful event indicated many dignitaries, including wives of foreign heads of state were in attendance. 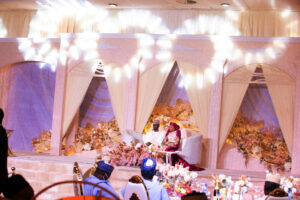 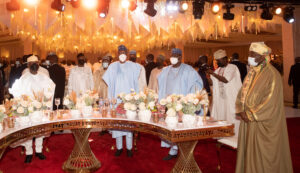 Among those in attendance included the Wife of the Vice-President, Mrs Dolapo Osinbajo; Senate President, Senator Ahmad Lawan; Secretary to the Government of the Federation (SGF), Mr Boss Mustapha; Chief of Staff to the President, Prof. Ibrahim Gambari.

The father of the bride, Emir of Bichi, Nasiru Ado Bayero, some state governors were also in attendance.

Some wives of state governors and the Group Managing-Director of the Nigerian National Petroleum Corporation (NNPC), Mele Kyari were also sighted at the event.

It would be recalled that the father of bride, Alhaji Nasiru Ado-Bayero, was presented with Staff of Office by Gov. Abdullahi Ganduje of Kano Stateon Saturday in Bichi

No going back on Feb. 5 planned strike — Varsity workers