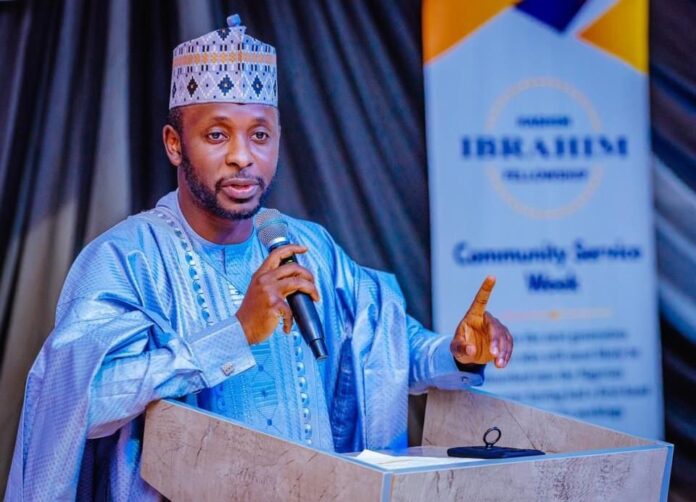 It is no secret that the Nigerian state has been severely affected by high debt profiles owing to its persistent need to borrow. This has led both pundits and critics alike to question the decisions of the federal government in this regard. This issue is further exacerbated by the uncertainties around oil prices, as the recent war between Ukraine and Russia has shown, particularly for oil dependent economies such as Nigeria. These challenges, coupled with the overbearing dependence of the country’s sub-national entities on the federal government adds additional strains on the Nigerian state.

As part of measures to mitigate the over reliance on the federal government through monthly allocations, which has been the norm in Nigeria since 1999, Kaduna state under the able leadership of Mallam Nasir El-Rufai has since adopted a proactive approach. One that is innovative and reflects the realities confronting the state. On assumption of office, the El-Rufai Administration put together a formidable team of technocrats and experts across various government agencies and parastatals to steer the affairs of the state in the right direction.

In the state’s ministry of Budget and Planning, which amongst other things is saddled with the responsibility of appropriating scarce financial resources, the mantle of leadership was bestowed on Muhammad Sani Abdullahi. Trained as a Development Economist, with prior professional experience as a policy advisor at the Office of the United Nations Secretary General, the young Abdullahi, who is popularly referred to as Dattijo, delivered a stellar performance. It is pertinent to note that he was also a member of the Secretary General’s core team which designed the Sustainable Development Goals (SDGs). Abdullahi had also served as an Economist and the Deputy National Program Manager at the Nigerian Presidency. During this time, he supported both the design and coordination of development initiatives across Nigeria’s 36 states. After this, he was appointed as an Economic Adviser to the Nigerian Governors’ Forum, allowing him to provide sound economic advice to Nigeria’s 36 state governors.

As citizens of Kaduna state begin their search for a worthy successor to Mallam Nasir El-Rufai, the need to interrogate the suitability of Abdullahi, is not only timely, but expedient. This is particularly so, given that Kaduna state, with about 9 to 10 million residents, is at the most decisive movement in its contemporary history, considering the prevalent insecurity impasse that has plagued the state, as well as the dwindling economic resources at its disposal, amongst others. Its choice of a befitting political leader, at the end of the current Administration is as important as what becomes of its future, as the political centrepiece of Northern Nigeria. One who is well grounded and vast in fiscal policy, and financing for development. In the words of Abdullahi himself, “we need to be able to infuse significant resources over a short period of time… that is why we need a big injection, a huge boost to plan out for the long term and inject a significant amount of resources on the ground to generate the jobs so we can become a much bigger economy in the future”.

While leading the Budget and Planning Commission, Abdullahi was central to the state’s adoption of zero budgeting, which was the first of its kind in Kaduna state and in Nigeria as a whole. The introduction of zero budgeting allowed for more prudency and efficacy in the management of the state’s annual budget. It would also be recalled that Abdullahi led efforts that brought about the adoption of the Treasury Single Account (TSA) initiative which was institutionalised nation-wide. The benefits of which have been improved accountability and transparency in financial management across government agencies in the country.

Similarly, following the development of the state’s Infrastructure Master Plan, which he played a significant role in providing input for, the question of where to source for the required financing, totalling about 20 trillion Naira over the next 30 years arises. This is why as chairman of the state’s Infrastructure Development Council, the Abdullahi-led Council spearheaded an investment-heavy and private-sector driven approach to financing the projects earmarked. The results have been monumental for all to see, particularly the Urban Renewal initiative. Maintaining this trajectory is of critical importance for Kaduna, as it would trigger the opening of the state as a gateway to additional investment opportunities. The decision to prioritise deficit financing given the peculiarities confronting Kaduna state under Abdullahi’s leadership as Commissioner, demonstrates someone who is attuned to the realities on the ground as well as having rapt understanding of the fundamentals of fiscal policy. Given that this has been done before, spearheading the consolidation efforts on existing gains by Abdullahi, is itself a no-brainer, as he is poised to do more if given the opportunity.

Before more can be entrusted to a person, it is always instructive to ascertain how they have managed little. Abdullahi has shown that with the right mix of technocratic capacity and competence, getting Kaduna from where it is to where it ought to be, can be done. Shortly after declaring his interest to run for the exalted office of the Executive Governor of Kaduna state, he made available to the public his blueprint in its draft form titled “Moving Kaduna Forward Together’, which articulates in detail his plans to sustain and improve upon the achievements of the current administration. Bear in mind that of all the aspirants, Abdullahi remains the first and only one to have done this. Given his penchant for inclusivity, he has also called on citizens to provide inputs and suggestions to improve on the draft document. Another first of its kind in the history of Nigeria’s nascent democracy by an aspirant running for political office. All of this goes to demonstrate the amount of thought, planning, and work that he has put into it. No doubt, he would be hitting the ground running as he has shown, should he be entrusted to lead the state by its good citizens.

Abdullahi’s networks with development partners, having worked as an international development policy expert for over a decade, also means that he would be predisposed to leveraging these relationships which would be of tremendous benefit to Kaduna state. His vast experience in designing fiscal strategy and coordinating the implementation and monitoring of the state’s annual budget makes him well prepared to provide Kaduna state with the kind of financial and economic expertise it requires at this critical point in time. The stakes are too high. Kaduna’s citizens must get it right and getting it right includes giving Muhammed Sani Abdullahi the mandate to lead them come May 2023.

Abubakar Sadiq Aruwa is a public commentator and writes from Abuja.

Yahaya Bello is my son – Tinubu

Democracy Day: Why I daily live in grief, worry – Buhari