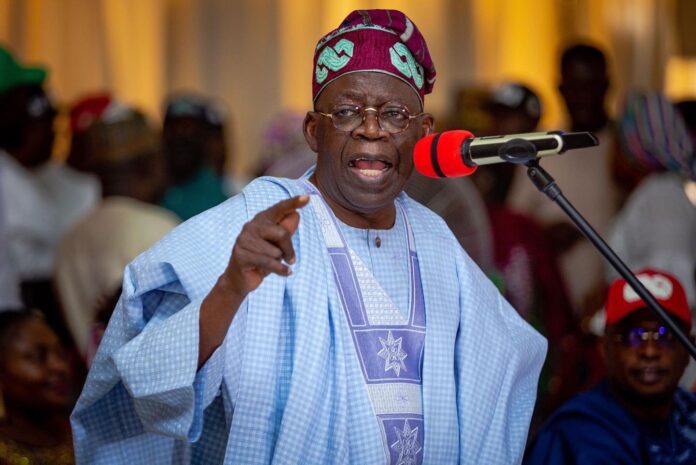 The current debate as to what religion the running mate to Asiwaju Bola Ahmed Tinubu, Presidential candidate of the All Progressives Congress, APC, should belong to, is rather, quite misguided to say the least.

Yes, these are delicate times at which it would be pretty risky to ignore our ethnoreligious fault lines. Tinubu, having emerged from the South, should ideally pick a Northerner as running mate.

Tinubu being a Muslim should have a Christian as Vice. Nevertheless, much of the attendant narrative has been fraught with baseless notions and unfounded suppositions, with the core arguments being framed with much disdain for the political sagacity of the electorate.

Thus, too little credit, for instance, is being given to our Northern Muslim brethren in circumstances in which it seems commentators are rather too eager to write off our fellow countrymen and women as just a bunch of bigots who could never stomach one of their own as Vice President, simply because he or she was a Christian.

I do not think Northerners reason like that. I think this whole idea that the Muslim North could never vote for a Northern Christian is, on the one hand, mere speculation, and, on the other, shameful propaganda by fringe elements detained by fanaticism and backwardness.

In any case, the longest serving ruler of the military era was a Northern Christian, Yakubu Gowon. Instructively, millions of Northern Muslims voted for Goodluck Jonathan, a Southern Christian, to become President; it cannot be that they are so woefully bigoted as to bluntly refuse to vote for a fellow Northerner as Vice President simply because he or she is Christian.

But if I were to suggest a particular person to be Tinubu’s running mate, I would say current Secretary to the Government of the Federation, Boss Mustapha, happens to fit the bill better than any other Northern Christian I can think of.

He is a full fledged, practicing Christian who also happens to have an Islamic surname. He works directly with President Muhammadu Buhari and is more closely associated with the President than with any other political leader.

Moreover, and crucially, Barrister Mustapha is clearly, and, indisputably identifiable as “Buhari’s man”, indeed to a degree few other, if any, Northern Christian might be so characterised. He is arguably more likely to cash in on Buhari’s vote bank than any other Northern Christian.

In Mustapha we therefore have a loyal, affable, amiable fellow, who is, at the same time, cerebral, competent and capable to be Asiwaju Bola Tinubu’s running mate and our Vice President.

The utter ridiculousness of supposing that a Northern Christian can not fly as Vice President is the more untenable when it is realized that by that same token, a Southern Muslim could never be President.

The problem with this kind of reasoning is that in that case, then there are hierarchies of Muslims and even Northern Muslims, if indeed they perceive themselves as superior to their Southern brothers and sisters, must then be themselves, inferior to certain other Muslims, such as Arab Muslims, for instance. If that is not racism of the most horrid and unacceptable sort, then nothing is.

Indeed, if only to prove that Yoruba Muslims are not second-class Muslims, are full-fledged members of the Islamic faith, and are not, in any way, inferior to their Northern counterparts or any other Muslim demographic, for that matter, then the national Muslim community must insist that Tinubu, being already a Muslim, is trustworthy, reliable and dependable, as such, and should therefore pick his a running mate from the Christian North.

Onokpasa, a lawyer, writes from Warri

2023: Why I endorsed Amaechi for president- Buratai