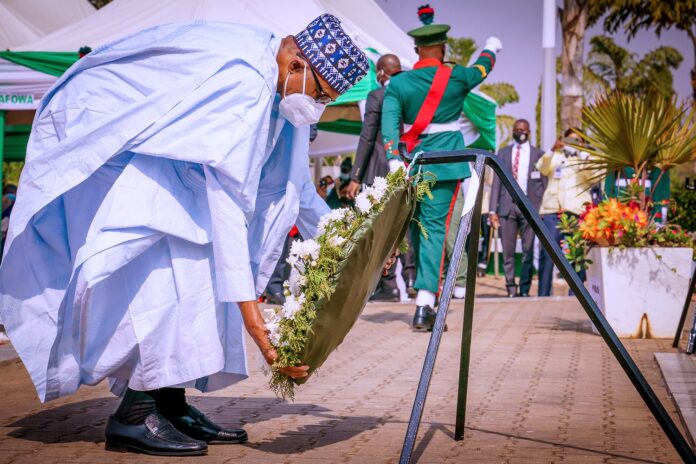 President Muhammadu Buhari on Friday led other top government functionaries, including service chiefs and members of the diplomatic corps to honour the Nation’s fallen and living heroes.

The event, which involved the laying of wreaths at the National Arcade, was one of the highlights lined up to celebrate the 2021 Armed Forces Remembrance Day Celebration (AFRDC).

First to lay the wreath was the President, followed by the Vice President, Prof. Yemi Osinbajo, the Senate President, Speaker, House of Representatives and Chief Justice of Nigeria.

In another order, the Minister of Defence, Retired Maj.-Gen. Bashir Magashi and his Federal Capital Territory counterpart, Malam Mohammed Bello laid the wreaths. 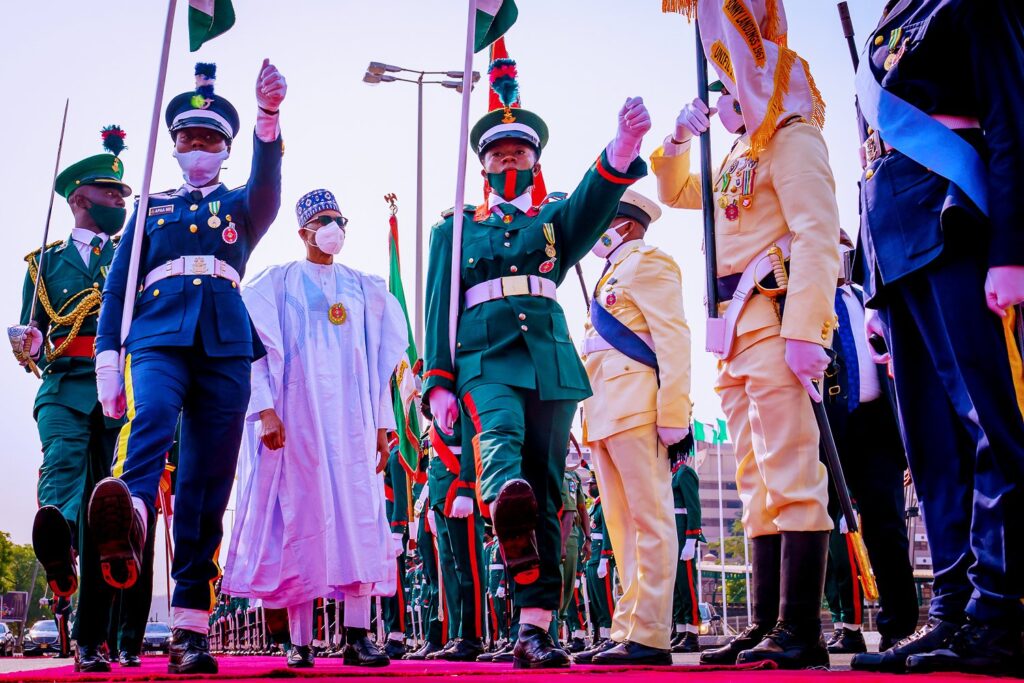 Other dignitaries who also performed the wreath-laying ceremony are representatives of the members of the diplomatic corps as well as Nigerian Legion and widows of late officer/soldiers represented by Mrs Ladi Umar.

Buhari thereafter signed the anniversary register and released the ceremonial pigeon as a symbol of national peace.

The celebration started with series of activities including Jummat prayer on Jan. 8 at National Mosque and Interdenominational Christian service on Jan. 10.