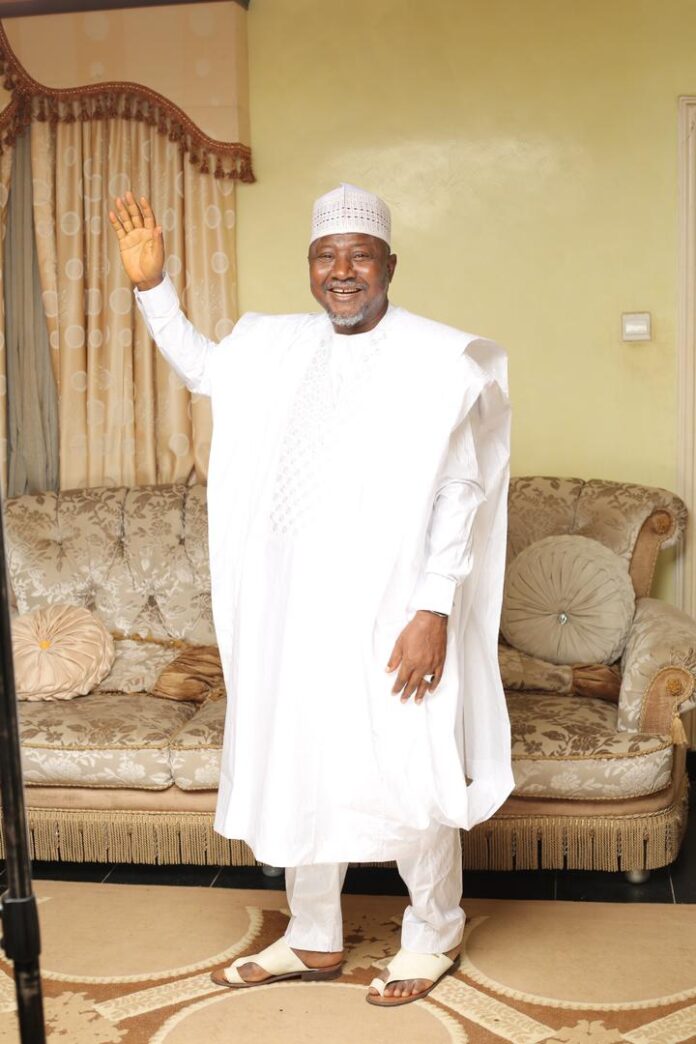 The 2023 political game is wearing a new look. The reality of the moment is to send men who can breast the tape with uncommon charm and grace. The coming dispensation is for people with grit and audacity to dare the system to yield our lot. None of those in the race is better qualified and equipped than Maidoki in terms of professional qualifications. His world-class taste and acclaim would galvanize the people to aspire for better things. His carriage is urbane and elegantly sophisticated. He is already being referred to as the ‘Baban Kowa’ (father of all) of Zuru Emirate.

ALH. GARBA MUSA MAIDOKI having worked for over 30 years with NNPC with zero intent of politics was persuaded by Kebbi South people to venture into the terrain, having seeing his selfless humanitarian services, achievements and tireless effort to the needy.

He’s contesting to help the people of Kebbi South out from Poverty, misrepresentation, insecurity and unemployment if elected senator during the 2023 general election.

Maidoki is contesting to lead not to rule, to give and not to take, as he was being persuaded to contest he assured good leadership for a better comfortability to the people of Kebbi South.

Maidoki pledge to produce 200 millionaires if he emerged as the Senator, he promised to protect their resources. He promised not to embezzle whatever allocation is given to him.

Maidoki’s mission is to ensure a positive transitional chain between the masses and the government through providing quality education, youth and women empowerment, health insurance, Scholarship, infrastructural development and societal well being of Zuru and Yauri.

Before now, he has provided employments to the youths in Zuru Emirate and awarded scholarship to many, including the less privilege and orphans to study in post-primary and tertiary institutions, at the moment over 130 students are undergoing diploma course in computer science.

He has given out financial grants to people to start petty business; and as a grassroots mobilizer, he is always at home to listen to their needs in order to proffer solutions to them.

With men like Maidoki occupying public office across Kebbi State and Nigeria, the land would yield her increase and the people will see reasons to celebrate democracy in the coming years. Those faces that represent the corruption and heartless failures of the past should be barred from the coming dispensation when character will reinforce hope and peace for a better Nigeria.

Maidoki, the PDP Candidate for the Kebbi South senatorial elections in 2023 represents true change as he brings a breath of fresh air to the political space. We can understand why there is palpable faith and hope across the Zuru Emirate in his capability and credibility account. The people had always craved a new dispensation and a new order in leadership. Maidoki comes to the table with an amazing score in competency, in capacity, credibility, integrity, passion, humaneness and humanity and in believability. No doubt, the impact of a Maidoki’s representation of Kebbi South in the senate will be monstrous, magnificent and huge.

Maidoki has decided to throw his hat into the ring to serve the people of Kebbi South in the red Chamber of the National Assembly. Here is an individual, who is determined and well groomed to take the centre stage in order to bring the needed quality leadership and stewardship on behalf of the good people of Kebbi South. Leadership is all about the people. Representation is all about service. And when you want to serve the people, it is strategic to locate a man who would be humble enough to be of service to the people, not the biggest man in the community who would be there to lord it on the people. Maidoki truly fits the bill as a man of inimitable wealth but totally humble and devoted to serving the people without asking for anything in return.

Having Maidoki as senator for Kebbi South will surely give the people a voice that would stimulate socio-cultural and political renaissance as well as a sense of belonging and ultimately, peace, unity, progress and development. He will not be garrulous or grandstand over anything but will be an effective representative who will mirror the pains and expectations of the common man in his political undertakings.

5 foods you can cook with less than 1k

A Witness to the Steady Ascent of the Great LASU Amazon

Nigeria must not go down – Enenche, Peter Obi, Gov Udom declare at Dunamis

Why I allowed hijab-wearing in mission schools- Gov AbdulRazaq