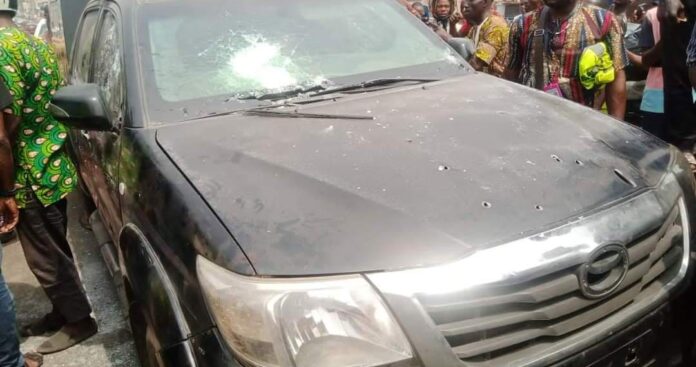 The bullion van was attacked at Idi Ape junction, opposite a private school.

It was gathered that the bullion van was attacked shortly after it left one of the banks in Ibadan, located a few metres away from the Testing Ground Police station, which houses one of the area commands of the Nigeria Police Force in the State.

Sources at the scene claimed that two police officers escorting the bullion van were killed during the attack.

Residents of Ibadan, on hearing of the attack, sent emergency messages to their loved ones to steer clear of the area.

A video of the incident on Thursday showed that the armed robbers operated for several minutes.

A resident of Ibadan, who asked not to be named, said some innocent people were also killed during the attack.

“They killed the policemen and some innocent citizens.

“The bullion van was attacked at the Idi-Ape junction, opposite Mary Hills.

“Soldiers are now in the area,” the source said.