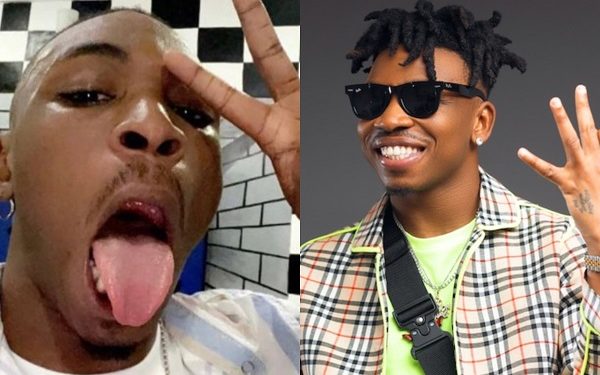 Singer Mayorkun, who is also referred to as Mayor of Lagos, has unveiled his new look to the utmost shock of his fans.

The popular 30BG artist recently announced he has finally done away with his dreadlocks.

Mayorkun, who is one of the artists known with signature dreadlocks which he has styled in several different ways via Snapchat, displayed a photo of his shaved hair as he wrote: “Cut my hair last last” which translates to “I finally cut my hair.”

Fans are taken aback as the photo shared by the “Betty Butter” crooner seem like his upper front teeth were removed.

As a result, they have rather chosen to focus on that with their numerous inquiries in the comment section.

lee_flawless asked: “Did he cut his teeth too?”

djoscar_psnb wrote: “He cut him teeth too.”

truthfulcommenter100 asked: “Did his teeth get plucked out too?

pweety_tee02 said: “Pls what happened to his front teeth abi my eyes is doing balabala ni.”

elvis_cutxtwhyte asked: “Did he take off his teeth too?”

nenye_ezeugwuokpan stated: “Did he remove his teeth too? cause I can’t see the upper one.”

rabony007 asked: “Abeg Na only me dey find him teeth?”

Sex before marriage is not a sin – Nigerian pastor