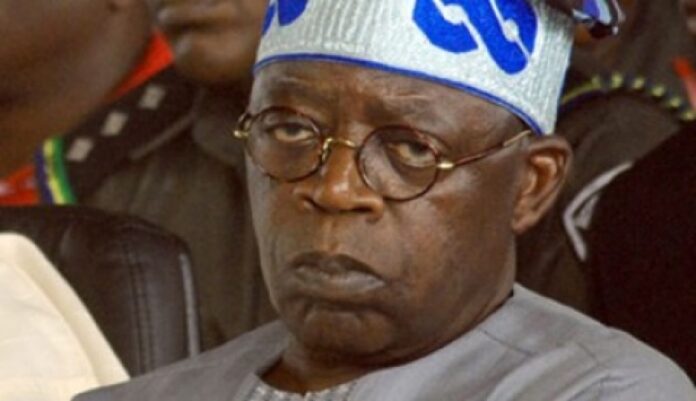 The All Progressives Congress (APC) has said its 2023 presidential ticket will not be given to any aspirant on a silver platter.

Deputy National Publicity Secretary of the party, Yekini Nabena, said this while reacting to the public declaration of Asiwaju Bola Tinubu, the party’s National Leader, in the 2023 presidential race.

After meeting with President Muhammadu Buhari at the Aso Rock Presidential Villa, Abuja, on Monday, Tinubu said he had informed the president of his 2023 presidential ambition.

His visit to the State House came four days after former President Goodluck Ebele Jonathan met with the president. There have been reports that Jonathan is being wooed to the APC to contest the 2023 presidency.

With his disclosure to contest the presidency, Tinubu is likely to clash with his political ‘godson’, Vice President Yemi Osinbajo, who is also believed to be interested in the presidential race.

Buhari had on Wednesday, during an interview with Channels Television, said he did not care who succeeds him in 2023.

Reacting to the declaration of Tinubu, Nabena said, “The APC will not give any of its members’ presidential ticket on a platter of gold; there are procedures so he (Tinubu) should continue consulting. The APC is not a come-and-take party. He should consult even those contesting with him.

“So consultations should continue and whoever emerges at the primaries will be the party’s presidential candidate for 2023,” the party said.

Responding to a question from State House reporters, Tinubu said he had formally informed President Buhari about his ambition to contest the presidential election

“I answer that with categorical yes. I’ve informed the president of my intention but I have not informed Nigerians yet. I’m still consulting. And I have no problem consulting.

“And I’ve not set a parameter of limitation to the extent of how many people will I consult. You’ll soon hear all you want to hear is the categorical declaration. You’ve gotten that truth from me that I’ve informed Mr President of my ambition, and you don’t expect more answers than that.”

“So, why do I expect him to say more than that? You’re running a democratic dispensation, and you must adopt the principles and the values and the virtues of democracy. That’s it.”

Tinubu, while responding to a question that sought his views on a potential race between himself, Osinbajo, and Governor Yahaya Bello of Kogi State in view of the presence of various support groups drumming support for them, he said: “I don’t want to discuss individuals now. I must discuss myself. I have the confidence, the vision, the capacity to rule, build on the foundation of Mr President, and turn Nigeria better.

“I’ve done that with yielding commitment in Lagos State. You’ve seen that experience and the capacity to turn things around and that is what we’re doing.”

When asked about what Nigerians should expect from him if elected, he said: “You want my manifesto now? Not yet. Not yet.”

When informed about the views of some Nigerians that he should remain a kingmaker, he said nothing stops a kingmaker from becoming a king.