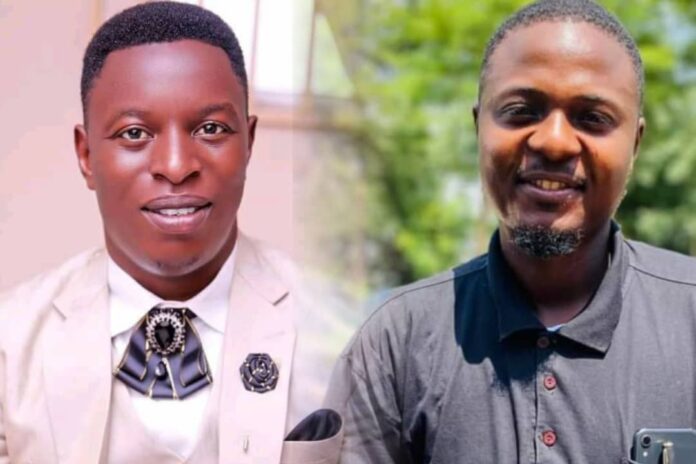 The Presidential Amnesty Programme (PAP) has suspended two students from its scholarship scheme over what it described as making spurious allegations against the leadership of the programme.

PAP in a statement by Freston Akpor, the Special Assistant, Media to the Interim Coordinator of PAP Major-General Barry Ndiomu, said the two students – Patrick Ipidei and Papems Peter Etolor, had over time cultivated the habit of spreading falsehood and making spurious allegations against the management of the programme and its Interim Administrator, Maj-Gen. Barry Ndiomu (rtd).

“We have received very disturbing reports of the horrendous activities of Messrs Patrick Ipidei and Papems Peter Etolor, two students under the ongoing PAP scholarship scheme.

“Ipidei and Etolo had over time cultivated the habit of spreading falsehood and making spurious allegations against the management of the Presidential Amnesty Programme and its Interim Administrator, Maj-Gen. Barry Ndiomu (rtd),” he said.

The statement also alleged that the duo and their sponsors are instigating other scholarship students and ex-agitators under the PAP to carry out public protest to embarrass the management of the PAP.

It noted that the public protest is being planned because of the spiteful rumour that the management of the PAP has stopped the ongoing amnesty scholarship scheme.

“For the avoidance of doubt, there is no iota of truth in the rumour. The scholarship scheme just like the contract awards was suspended because of an ongoing auditing exercise and will commence immediately after the process is concluded.

“Only last week, Ipidei and his team met a senior official of the PAP and the report of that meeting is receiving the needed attention. We, therefore, wonder why he has intensified his personal vendetta against the management of PAP,” he added.

While noting that PAP leadership has notified the management of Novena University, Ogume and Baze University, Abuja, where the duo are schooling of its decision to suspend their scholarships, the statement added similar fate will befall any recalcitrant student that decides to go against the code of conduct relating to the sponsorship of their scholarship programme.

“Arising from their misconduct, the management of PAP has withdrawn the scholarship of Patrick Ipidei and Papems Peter Etolor with immediate effect. A letter to that effect has been sent to their respective institutions of learning.

“It should be noted that similar fate will befall any recalcitrant student that decides to go against the code of conduct relating to the sponsorship of their scholarship programme. The PAP will not allow deviant elements to undermine its efforts,” he added while calling on ex-agitators and others in its programme to use the right channels to register whatever grievances or concerns they may have.

2023: Kwankwaso betrayed, manipulated me, PDP didn’t promise me anything – Shekarau