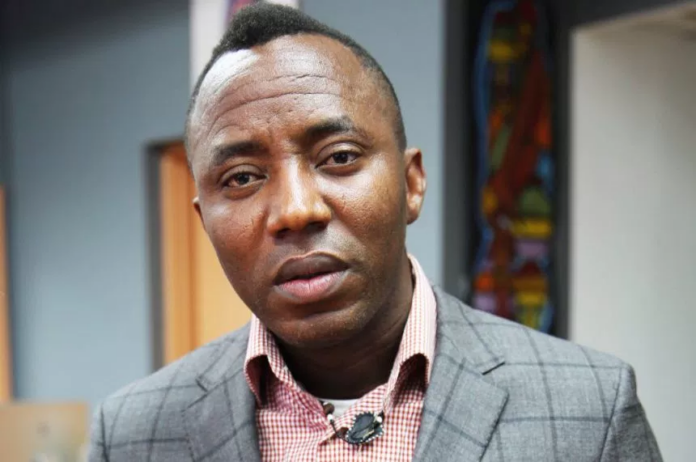 Political activist and SaharaReporters publisher, Omoyele Sowore, says he was shot with a Federal Riot Gun on Monday and not a canister.

Mr Sowore said he would not have made a fuss about being tear-gassed as earlier reported.

Based on the information provided by his associates, this newspaper, on Monday, reported how a female police officer fired a tear gas canister at Mr Sowore at the Unity Fountain in Abuja.

He, alongside other protesters, wanted to demonstrate against the worsening security situation in the country when the incident occurred.

The SaharaReporters publisher, who suffered an injury, was later rushed to hospital for treatment.

Mr Sowore, who spoke to our reporter on Tuesday, said the female police officer shot at him with a Federal Riot Gun with a projectile.

The gun is usually used to fire non-lethal ammunition.

“A canister as you portrayed it is a can filled with teargas. Why will I be making a fuss about being tear-gassed? This one was a projectile. A 37 mm projectile.”

And it tore up my thigh, I was hospitalised and treated. I had injuries. It was the same they did to me on January 1st 2021. They busted my nose with a headbutt. These police officers are known and Identified.”

No going back on Feb. 5 planned strike — Varsity workers